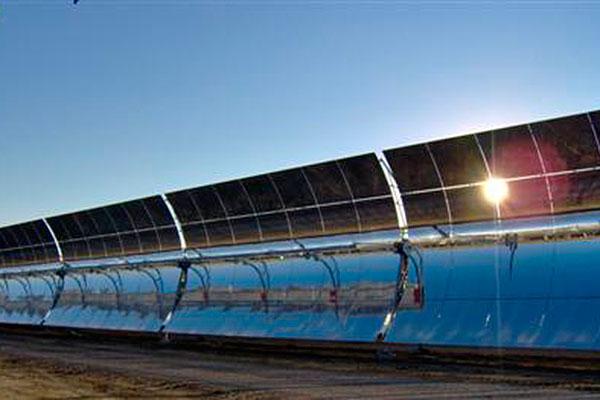 The complex was constructed in two phases and comprises four concentrating solar power (CSP) plants, Solaben 1, 2, 3 and 6, with an installed capacity of 50MW each. Solaben 2 and 3, the two units in the first phase, became operational respectively in July 2012 and December 2012. The two units under the second phase, Solaben 1 and 6, started commercial operations in September 2013.

More than 3,000 construction jobs and 91 permanent jobs were created by the project.

“The second phase of the project was carried out with an investment of €200m.”

Construction cost of the first phase was more than €500m (approximately $684m), with €340m ($465m) was financed through a loan primarily from SMBC, HSBC, Mizuho and BTMU. It was also partly financed by a Japanese export credit agency NEXI, which provided the Overseas United Loan Insurance programme support.

The second phase of the project was carried out with an investment of €200m (approximately $273m).

Each Solaben unit at the Extremadura Solar Complex covers an area of approximately 280 acres and has an aperture area of 300,000m². Electricity generated from each unit will be sufficient for 26,000 households and cut 31,400t of carbon dioxide emissions annually.

Each unit consists of 360 parabolic troughs (collectors), measuring 150m in length and including 12 modules.

The power generated from the complex is conveyed to the national grid and sold to consumers based on the Spanish feed-in tariff system, which provides the option to purchase electricity at preferential rates in order to promote the use of renewable energy sources.

“Electricity generated from each unit will be sufficient for 26,000 households and cut 31,400t of carbon dioxide emissions annually.”

The Solaben power plants in the solar complex use single-axis E2 parabolic trough technology developed by Abengoa Solar. This involves long rows of parabolic-shaped mirrors mounted on structures to track the movement of the Sun.

Solar radiation is concentrated on a receiver tube with highly potent thermal efficiency, where heat transfer fluid (HTF) circulates and reaches heats up to 400°C.

Steam produced from the fluid is then used to drive a conventional steam turbine using a Rankine cycle to generate electricity.

The technology integrates a thermal storage system, allowing continuous power generation and enabling the plant to operate even during cloudy conditions or at night.

The power plants were constructed jointly by Abener and Teyma on turnkey basis. Abener was involved in the plant onstruction, while Teyma carried out the foundation works. The heat collector elements (HCE) were manufactured by Schott.