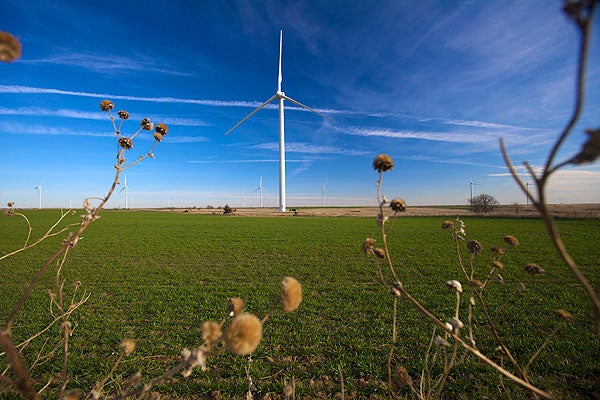 The 470MW Flat Ridge 2 Wind Farm is situated about 43 miles southwest of Wichita in south-central Kansas, US. It is owned jointly by BP Wind Energy and Sempra US Gas & Power, and operated by BP Wind Energy. The $800m wind farm began commercial operations in December 2012.

Claimed as the state’s largest wind farm, the Flat Ridge 2 was constructed on a 66,000-acre site that covers parts of Barber, Harper, Kingman and the Sumner Counties. It follows the completion of the 50MW Flat Ridge 1 wind farm in 2009.

“More than 500 workers were employed during the construction.”

Financing for the Flat Ridge 2 facility

The Flat Ridge 2 wind farm was jointly funded by BP and Sempra. BP holds 50% stake in the project, while Sempra holds the remaining.

Generation and transmission of power from the Flat Ridge 2 facility

Energy generated by the facility is delivered through a new 46-mile generation tie line connecting to an existing 345kV transmission line in Sumner county.

The turbines for the Flat Ridge 2 wind farm were supplied by GE as part of a contract signed in October 2011. The $750m worth five-year wind turbine supply and maintenance contract was meant for two wind farms – the 144MW Mehoopany Wind Farm in Pennsylvania, which features GE’s 1.6-82.5 technology and the Flat Ridge 2 facility. These two projects represent a combined investment of around $1bn by BP and Sempra.

Siemens to supply turbines for 267MW wind power plant in US

BP decides not to sell wind farm business in US

UK-based oil and gas company BP announced that it will withdraw plans to sell its US wind farm business after a four month search failed to attract the right bid for the company.