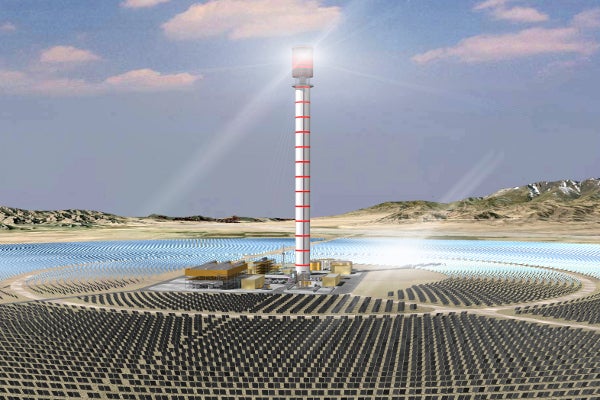 The JV was officially formed in November 2014. The project benefits from BrightSource Energy’s experience gained from developing its 392MW Ivanpah Electric Generating Station.

Phase One involves the construction of two 135MW CSP tower plants integrating thermal energy storage. Phase One construction started in August 2015, while the project’s 50MW power plant was connected to the grid in June 2018. The plant began operation in October 2018.

The output from Phase One is sufficient to serve approximately 452,000 Chinese residences and will offset carbon dioxide (CO2) emissions by 20 million tonnes over the project’s life.

The project generates approximately 1,200 jobs during the peak construction period and 80 permanent jobs during operations and maintenance.

The solar complex will enable China to meet its 2030 target of producing 20% of its overall energy from renewable sources.

The overall project calls for the installation of six CSP tower plants rated at 135MW each. Phase One covers an area of approximately 13km² (3,212 acres).

In a CSP power-tower plant, an array of computer-controlled mirrors called heliostats track the Sun in two dimensions and reflect the sunlight onto a central receiver that sits on top of a tower near the centre of the mirror field. Water is pumped to the tower’s receiver, where the boiler heats it to 1,000°F. The steam generated in the process is used to power a conventional steam turbine to produce electricity.

The project integrates a molten salt thermal storage facility, which provides up to 3.5 hours of additional thermal energy-generating capability during adverse weather or at night.

Both BrightSource Energy and SEC are involved in providing engineering, procurement and construction (EPC) services for the project, while the proven solar thermal power tower technology was licensed by BrightSource Energy. SEC serves as the main equipment supplier.

The project is being financed by Asian Development Bank ($150m) and by its counterparts ($96.68m). The Export-Import Bank of China also provided a loan of $75.58m.

Under the programme, China and the US are developing strategies for wide-spread renewable energy deployment in both countries. The two nations currently account for more than one-third of global greenhouse gas emissions.