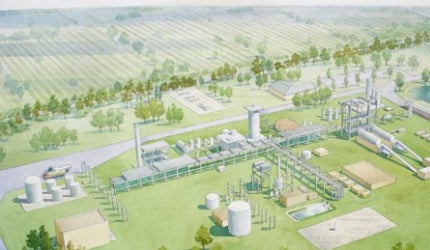 It is the country’s first large-scale commercial plant to use INEOS Bio’s feedstock-flexible BioEnergy technology to turn local yard, vegetative and agricultural wastes into renewable power. The facility site was formerly used for agricultural purposes.

"The output of the facility will be supplied to 1,400 Vero Beach community homes through the local grid."

INEOS Bio will own and operate the power plant. The output of the facility will be supplied to 1,400 Vero Beach community homes through the local grid. The plant will also produce eight million gallons of bio-ethanol, which will generate annual revenue of $19m.

The project will reduce greenhouse gas emissions, as well as a large quantity of waste going to landfill.

Construction of the bio-ethanol power project began in February 2011 and completed in June 2012. INEOS has plans to expand the facility in 2015.

The power plant uses INEOS Bio process to produce renewable power. The process is a collective mixture of thermo chemical and biochemical technology, with power generated helping to reduce greenhouse gas emissions. It took nearly 20 years to develop the technology, which was tested for seven years at the company’s research and development centre in Fayetteville, Arkansas, US.

"It took nearly 20 years to develop the technology, which was tested for seven years at the company’s research and development centre."

The innovative technology includes four stages: gasification, fermentation, purification and power generation. The process is feed flexible; organic materials are dried with the help of heat from the process before being fed into the gasifier.

In the first step, the organic material is fed into the gasification container to produce synthetic gas (syngas).

The heart of the process is the patented anaerobic fermentation. Here, naturally occurring bacteria converts the gases into ethanol. In the third step, the ethanol is purified through distillation.

In the final stage, waste heat and off-gas recovery are collected and fed into a steam turbine to produce renewable power.

In late 2009, the JV received a $50m grant from the US Department of Energy (DOE) under the 932 Integrated Biorefinery programme. The state of Florida supported the project with $2.5m of funding.

US Department of Agriculture (USDA) made a conditional commitment to provide a loan of $75m for the project under the 9003 Biorefinery Assistance Programme.

The Montgomery Biomass Power Plant (MBPP) will be the first biomass gasification facility in the US to utilise municipal solid waste (MSW) for the production of electricity.

INEOS Bio selected KBR to develop the front-end engineering and design (FEED) of the advanced biopower plant. The FEED was completed in the first quarter of 2010.

In November 2010, AMEC was chosen as the engineering, procurement and construction (EPC) contractor for the project for $100m.

Under the EPC contract, AMEC worked closely with INEOS Bio to develop engineering design packages for the technology licensees. It engineered and designed the plant by using INEOS’s advanced waste-to-bioenergy technology.

Cummings manufactured more than 90% of the equipment for the project. Emerson, a manufacturing and technology company, supplied the plant controls.

The project received environmental resource permission from the state of Florida in October 2010 following an environmental assessment study. The assessment stated that the plant would not have any adverse impacts on the region. It also revealed that no changes would be needed to land used for the plant.