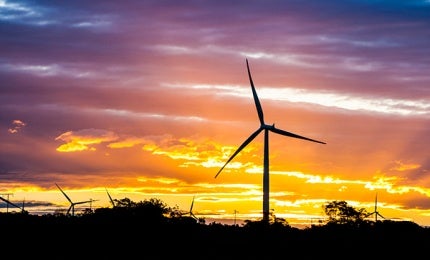 Jeffreys Bay Wind Farm, situated between the towns of Jeffreys Bay and Humansdorp in the Eastern Cape province of South Africa, started commercial operations in July 2014. With an installed capacity of 138MW, it is regarded as one of the pioneering large wind farms in the country.

The project received full environmental authorisation from the Department of Environmental Affairs in 2011, and construction started in December 2012. The first turbine was erected in September 2013, while 60 turbines were set in place in March 2014 and initial operations started in April of the same year.

“The project received full environmental authorisation from the Department of Environmental Affairs in 2011.”

The wind farm is designed to generate 460GWh a year of renewable electrical energy, will serve more than 100,000 South African families, and reduce annual carbon emissions by 420,000t, averaging 8.4 million tonnes over its lifetime.

At its peak, approximately 600 to 700 people were involved in the constuction, 45% of which were from the local communities in the Kouga Municipality. In addition, it created up to 11 permanent jobs.

Financial closure for Jeffreys Bay Wind Farm, as well as two other projects in the REIPP – the 50MW photovoltaic (PV) power plant in De Aar and the 50MW PV solar farm in Droogfontein – was announced in November 2012. The combined investment for the three is estimated to be €500m ($673m).

The financiers included a syndicate of lenders led by ABSA and Barclays, and included the Development Bank of Southern Africa (DBSA), certain local institutional investors, Globeleq and its consortium partners.

Construction and details of the South African wind farm

The project site covers an area of 3,700ha, spanning across eight farms, of which the turbine components cover 4% of the land while the remaining areas are used for cultivation.

“Clean energy generated from the wind farm is fed to the neighbouring 132kV Eskom grid line.”

Transportation of the wind turbines from the Port of Ngqurato to the project site started in July 2013 and was completed in February 2014, covering a total distance of 110,000km.

Each of the 60 Siemens SWT 2.3MW wind turbines is 80m tall and has blades measuring 49m long. Each rotor has a diameter of 101m and weighs 60t, while each nacelle weighs 82t. The tubular steel towers weigh 162t, and the average rotation of the blades is between six and 16 revolutions per minute (rpm).

Clean energy generated from the wind farm is fed to the neighbouring 132kV Eskom grid line. Escom will continue to purchase power from the farm for a period of 20 years. The first power to the grid was supplied in December 2013.

Siemens, who supplied the turbines, is also responsible for maintaining them for an initial period of 10 years.

The civil and electrical works were carried out by the consortium of Murray & Roberts Construction, and Consolidated Power Projects (CONCO), which also oversaw the construction of the new sub-station, roads, foundations and civil buildings, including medium and high-voltage installations.

The transportation contractor for the project was Deugro, while Ingozi Management provided occupational health and safety services.