Tender floated in 2011, but the project halted until 2016 due to gas shortage 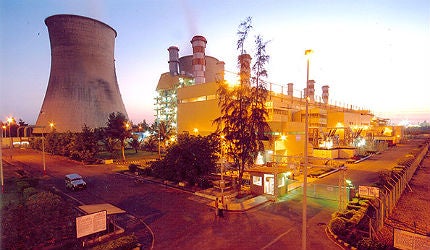 The 645MW Kawas Combined Cycle Generation Plant (CCGP) is one of seven gas-based power plants being operated by India’s state-owned power producer National Thermal Power Corporation (NTPC). The Kawas CCGP is located at the Mora village near Kawas in the district of Surat in Gujarat state, India.

Stage I of the Kawas power plant project

The Kawas CCPP has maintained a plant availability of over 90% during recent years, but its capacity utilisation has been significantly lower due to shortage of adequate natural gas supply.

Dispute over supply of gas to the Kawas power plant

In 2004, NTPC conducted a competitive bidding process for sourcing liquefied natural gas (LNG) in order to add capacity to its Kawas and Jhanore Gandhar gas-based power plants in Gujarat by 1,300MW each.

However, the tender was not implemented as RIL did not agree to sign the Gas Sale and Purchase Agreement (GSPA) as per the terms agreed during the bidding process. In this connection, NTPC filed a legal case against RIL, which is still pending in the Mumbai high court.

The plan for Stage II of Kawas power plant, which involves expanding the capacity of the CCPP by 1,300MW within the existing premises, was mooted as early as 2004.

The feasibility report of the expansion was approved in the same year, while the environmental clearance was accorded to NTPC in 2005. The project has not yet been implemented due to the persisting dispute on the GSPA with RIL.

The 1,147.5MW Sugen combined-cycle power plant at Akhakhol in Gujarat, India, was commissioned in August 2009.

In 2010, NTPC requested for an extension of validity of the environmental clearance by another five years. However, as of November 2012, the clearance is yet to be granted.

Notwithstanding the legal dispute, NTPC floated a tender worth INR 2.6bn ($47.61m) for the expansion of Kawas CCGP. The company is planning to finance the project through external commercial borrowings and internal resources. The project is, however, subject to inordinate delay because of the fuel supply issues.

The Power Ministry of India, meanwhile, has advised not to plan any gas-based projects until 2015-16, citing gas shortage as the prime reason.

The Kawas gas-fired power plant is situated on 568 acres (229.8ha) of land. Stage I of the plant has two combined cycle modules, each of which comprises of two 106MW gas turbines (Frame 9161E) supplied by EGT France, and one double exhaust and condensing type 116.1MW steam turbine. The gas turbines are capable of firing on natural gas, natural gas liquids (NGL) as well as on mixed fuels.

In addition, Kawas has a water treatment plant, an LNG/Naphtha storage facility of 8,000kl capacity, and a combined cycle gas power plant simulator.

The Kawas power plant was initially supposed to utilise offshore natural gas from the Hazira-Bijaipur-Jagdishpur (HBJ) pipeline, which transports hydrocarbons from oil and gas fields in western India. The plant later became dependent on naphtha as a primary fuel due to inadequate supply of natural gas.

“The plant later became dependent on naphtha as a primary fuel due to inadequate supply of natural gas.”

Facilities for firing mixed fuels were commissioned in all the gas turbines at the Kawas plant in 2000. Since 2006, the plant has switched over to LNG, which is much cheaper than naphtha. The NGL and naphtha are being supplied by Hindustan Petroleum Corporation (HPCL) through a separate pipeline.

The water required for the plant’s operations is being drawn from the Singanpur weir on Tapti River through a 16km-long underground pipeline.

Power distribution from the Kawas plant

In 1994, NTPC Kawas entered into a bulk supply agreement (BSA) with the electricity boards of Madhya Pradesh, Maharashtra, Gujarat, Goa, Daman Diu and Dadra Nagar Haveli, and the Western regional electricity board (WREB). The power generated from the plant is fed to the western grid through four 220kV double circuit transmission lines.