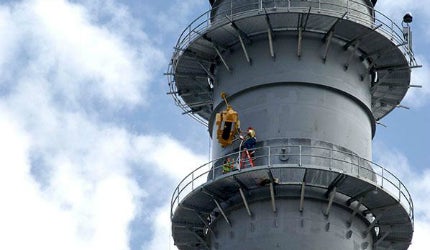 Mississippi Power has set up an integrated gasification combined cycle (IGCC) plant in Kemper County, Mississippi, US, in 2014. The plant has an installed capacity of 582MW and uses lignite (brown coal) as fuel to generate electricity.

Mississippi Power is an electric utility company and a subsidiary of Southern Company. The plant strated commercial combined cycle operations in August 2014 and is expected to be fully operational in the second quarter of 2015. Mississippi Power owns and operates the plant.

Front-end engineering for the Kemper county energy project began in 2008, with site preparation and earthworks starting in 2010.

Sierra club, an environmental group, challenged the project in court in 2011. Mississippi Public Service Commission had certified the Kemper project in 2010. However, the project was further not affected by any legal issues, allowing Mississippi Power to move forward with construction.

The Barrick Power Plant in Colorado, also known as the Western 102, is a 115.6MW gas-fired reciprocating plant.

The IGCC power project in Kemper County uses TRIG technology, which was developed by the Department of Energy, Southern Company and KBR at the Power Systems Development Facility in Wilsonville, Alabama.

Natural gas will be routed to the site from the Tennessee Gas pipeline, which is present in the site boundary.

The lignite coal will be fed into the TRIG gasifier, where it is heated at a high temperature and under high pressure.

CO2 emitted from the Kemper County energy facility will be stored in the plant and sold to Denbury Resources for Enhanced Oil Recovery (EOR). EOR is a process which involves the injection of CO2 into abandoned oil wells to force oil out of the ground.

The Kemper project will be a zero liquid discharge facility, and water used for electricity generation will not be pumped into rivers or streams.

Substations and grid connection for the Kemper county energy project

The Kemper county power project will include construction of five substations. Overhead transmission lines to a length of 60 miles (96.5km) are being laid to connect the plant with the grid network.

The combined cycle unit was synchronised to the grid in October 2013 and tested using natural gas as fuel for 11 months.

TRIG technology in the IGCC plant at Kemper County

TRIG is a high-efficiency design that sends back coal that has not converted to gas in the initial stage for a second round of gasification. The result is a high-rate of lignite-to-gas conversion at a lower temperature and lower cost.

Construction of the Kemper project

As of January 2013, 75% of the plant’s construction was completed. Pressure testing of both gasifiers was completed by June 2014, while the combined cycle unit testing was completed in July.

The plant will generate 12,000 direct and indirect jobs during the construction phase and more than 1,000 upon operations beginning.

Mississippi Power estimated the initial investment to be $2.4bn for the Kemper project. However, the project cost was revised to $3.42bn in April 2013.

The project received $270m in funding under the US Department of Energy’s Clean Coal Power Initiative. It also received $412m in investment tax credits from the Internal Revenue Service (IRS).