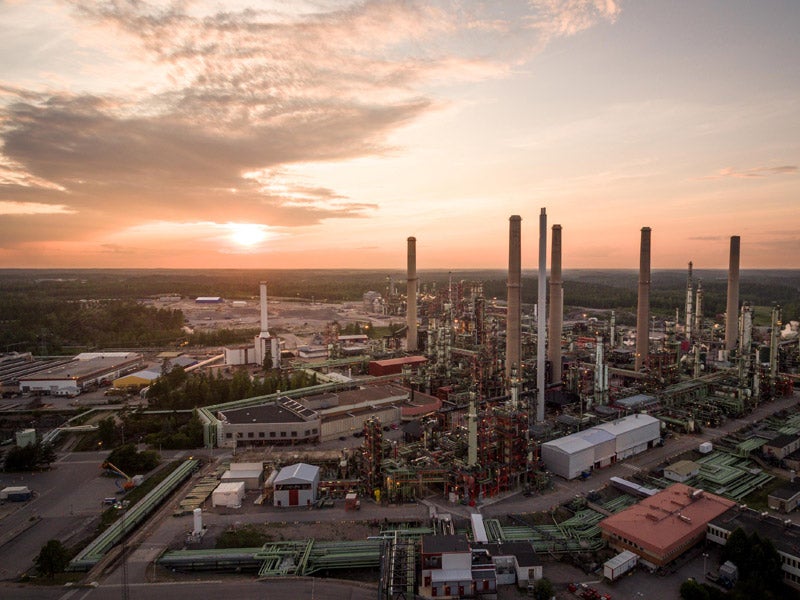 The Kilpilahti combined heat and power (CHP) project is a modernisation project that aims to replace two old boilers and two steam turbines from the existing power plant in the Kilpilahti industrial area in Porvoo, approximately 40km east of Helsinki, Finland.

The project achieved financial closure in March 2015, while commissioning is scheduled for mid-2018. It is expected to generate up to 700 jobs during the construction phase and up to 40 jobs during the operations phase.

The project is being developed by Kilpilahti Power Plant, a joint venture (JV) of Neste Oil Corporation (40%), Veolia Group (40%) and Borealis (20%).

It will be operated and maintained by Veolia Services Suomi Oy, a subsidiary of Veolia, under a 20-year agreement. Neste Oil transferred the ownership of the power plant to the JV in March 2015.

The project involves the replacement of the facilities commissioned in 1971 by installing a main circulating fluidised bed (CFB) boiler using asphaltene as its main fuel, two oil and gas steam boilers using different gaseous and liquid fuels produced as byproducts from the adjacent facilities of Neste Oil and Borealis, and a new steam turbine.

The project will further involve the construction and installation of a new demineralised water plant and its ancillary automation systems, a new electrical room, a control room, and an office building.

Compared to existing facilities, the project is expected to reduce carbon dioxide emissions by approximately 20%. It will be constructed to comply with the latest environmental regulations, including the European Commission’s Industrial Emissions Directive (IED).

Gaseous emissions will be reduced from the main boiler by deploying enhanced combustion technology. A particle filtration system will be installed to reduce dust emissions, a flue gas scrubber will remove sulphur dioxide, and a selective catalytic reduction (SCR) system will reduce nitrogen oxide emissions.

In addition, adequate walls and devices will be placed to mitigate noise.

“Compared to existing facilities, the project is expected to reduce carbon dioxide emissions by approximately 20%.”

The engineering, procurement, construction and commissioning (EPCC) contractor for the project is Técnicas Reunidas (TR). Neste Jacobs has been contracted to integrate project facilities with the existing facilities.

The environmental impact assessment (EIA) study for the project was performed by Pöyry Finland Oy.

Valmet is a global developer and supplier of energy production...

Borealis is a leading provider of chemical and innovative plastics...

The Natrium Reactor Demonstration project is a nuclear power generation facility proposed to be built in Wyoming, US. The pilot…