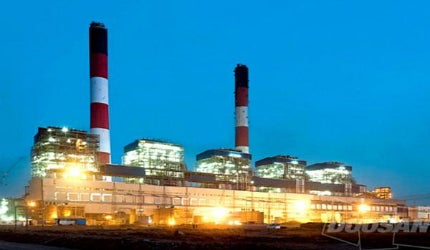 Supercritical boiler technology is being used for the first time in India in the Mundra UMPP. The power plant created 5,000 jobs during construction and 700 jobs during operation.

Mundra UMPP uses ten to 12 billion tonnes of imported coal per annum, which will be supplied from Indonesia. Tata Power acquired a 30% stake in coal companies in Indonesia for continuous coal supply for the power plant.

The cost of importing coal from Indonesia has increased due to new Indonesian mining laws. Tata Power is in discussions with the Central Electricity Regulatory Commission to increase the tariff rate from Rs2.26 to Rs3.00 per kilowatt hour of power.

Tata Power was awarded the Mundra UMPP project through competitive tariff-based bidding process in 2006. Tata Power offered the lowest tariff of Rs2.25 per kilowatt hour of power supplied for 25 years.

The project was a part of ‘Power for All by 2012’ initiative by the Indian Government. The initiative was a blueprint for the power sector in the country to achieve quality, reliable and sufficient power to achieve the GDP growth rate target.

“Mundra UMPP uses up to 12 billion tonnes of imported coal per annum .”

The plant’s coal handling system provides facilities for transferring coal from the Mundra port to the power facility through wagons. A track hopper unloads the coal received and transfers it to the coal stockyard or power plant bunkers. The coal stockyard has the capacity to store coal reserves required by the five units for 30 days.

A once-through type super-critical steam generator is installed at the Mundra ultra mega power plant, which has water forced into it by small generators. Water is passed through the reactor coolant pumps for recirculation.

Water is evaporated through two evaporator passes to increase the feed quality.

Around 3,300MW of coal-generated power is being added at Barh near Patna in Bihar.

RO desalination facility at the plant uses reverse osmosis technology to treat seawater and brackish water. The facility has a seawater treatment capacity of 25,200m³ per day.

The seawater used for condenser cooling and freshwater is generated through the desalination plant. Freshwater is used in the demineralisation plant, coal handling, and ash handling system.

A power purchase agreement was made between Tata Power and five states, which are Gujarat (1,805MW), Punjab (475MW), Rajasthan (380MW), Maharashtra (760MW) and Haryana (380MW); it covers supply of power from the Mundra UMPP. The agreement was made in April 2007.

Six 400kV lines were built at the site by Power Grid for transfer of power to the states.

Financing for Mundra UMPP was made by external commercial borrowings of $1.8bn. SBI was the lead arranger of rupee loans.

Contractors and suppliers involved with the Indian thermal power plant

Mundra UMPP is entirely owned by Coastal Gujarat Power, a special purpose vehicle formed for the project by Tata Power.