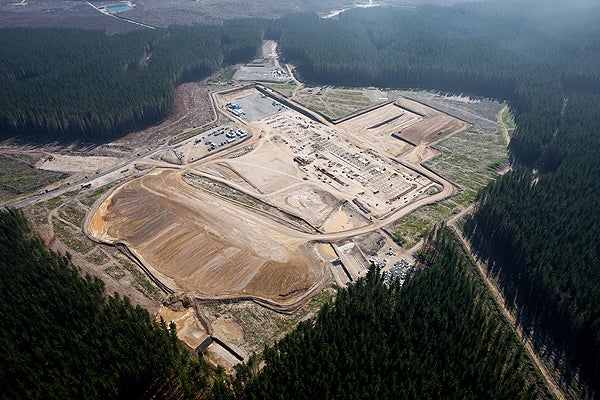 The 100MW Ngatamariki geothermal power plant is touted as the world’s largest singular binary power plant. It is located north of Taupo in New Zealand. It is expected to generate 700GWh of electricity annually, which is sufficient for about 80,000 households.

The plant produced first power in March 2013 and was officially inaugurated in September 2013.

“Each cooling tower, weighing approximately 2,000t, was shipped to the Port of Tauranga in New Zealand and moved to the project site by road.”

The power plant’s modular cooling system, which occupies 10% of the total site area, consists of four units measuring approximately 15m high and 300m long in total. Each cooling tower, weighing approximately 2,000t, was shipped to the Port of Tauranga in New Zealand and moved to the project site by road.

Crown conducted initial exploration at Ngatamariki in 1985 drilling up to a depth of 2,400m. Mighty Power commenced drilling in 2008-2009 and drilled to a depth of 2,963m. Iceland Drilling supplied the drilling rig under a two-year contract, worth $26m.

The drilling utilised approximately 150,000 litres of water per day. For this purpose, steam from a previously drilled well head was collected and converted into condensate using a controlled process. The condensate was stored first in a settling pond and then transferred into a reservoir. The water was then pumped to the drilling platform located 2km away.

Generation and transmission of power from the Ngatamariki plant

Geothermal fluid is used to generate electricity at Ngatamariki power plant. The peak temperatures at the bottom of the production wells are up to 290°C.

“The peak temperatures at the bottom of the production wells are up to 290°C.”

The high temperature geothermal fluid is sent to the converters. The fluid is pre-heated and transferred to the vaporiser. The high pressure vapour drives the turbine and the generator converts the mechanical energy into electricity.

The generated power is transmitted to the power station at Nga Awa Purua via a 220kV transmission line.

Mighty River Power and Tauhara North #2 Maori Trust secured resource consent for the project from the environment district council for Waikato / Taupo in May 2010. The plant’s construction began in July 2011 and took 24 months to complete. Approximately 450 jobs were created during the construction phase.

The construction works included pipeline design comprising of production and hot and cold injection systems, construction of a 7m-wide pipeline corridor and six well pads. The works also included setting up of nine water storage and soakage ponds, controls and instrumentation, and the pipeline insulation.

The conductors and optic ground wires for the transmission line were supported by 26 steel poles with three cantilever cross-arms. Cylindrical reinforcement cages were used along with the drilling rig and concrete was poured up to 2m above the surface.

Financing for the Ngatamariki geothermal plant

Mighty River Power developed the project through a combination of its internal funds and a $250m debt facility.

Ormat Technologies was awarded the engineering, procurement and construction contract for the project. Under the $142m contract, Ormat also supplied the towers for the air cooling system.

The design, procurement and construction contract was awarded to Hawkins Infrastructure. The contractual scope included design of the pipeline, civil and earthworks, mechanical, controls and instrumentation, and electrical works.

The contract for providing Reservoir Condensate Control System for the drilling rig was awarded to Hennessy.

Electrix was awarded the contract for the construction of the 220kV transmission line. It was also responsible for linking the power plant to the nearest power grid.

The contract for developing and constructing the well pad was awarded to Cheal.

The Blue Mountain Geothermal Power Plant is located in Humboldt County in North Nevada, US. Also known as Faulkner I, the geothermal plant was commissioned in October 2009, four months ahead of schedule.