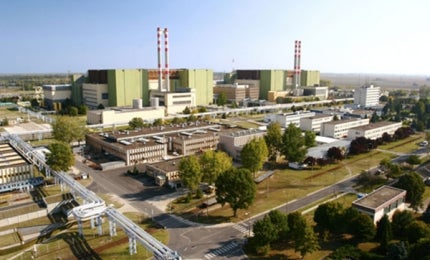 Details of the existing Paks NPP

The plant consists of four VVER-440/V-213 type pressurised-water nuclear units, with light water being the moderator and the coolant of the reactors. Each unit comprises two turbines that have a thermal power capacity of 1,485MW each.

The nuclear power plant currently stores fuel that is sufficient for two years in a large room, which has provision to increase the stock if required.

The Hungarian Parliament granted the license to begin the preparation activities for the two new NPP units on 30 March 2009, while the Hungarian Atomic Energy Authority granted the site investigation and evaluation licence in November 2014.

Environmental licence for the project is anticipated in 2015, the site licence in 2016, and the establishment licence by 2018.

The Paks II NPP will be equipped with two new Russian-built VVER-1200 reactors, which will have net and gross capacities of 1,114MW and 1,200MW respectively.

The reactor and the primary circuit will be installed within a double-walled protective building (containment). The pre-stressed concrete walls will be covered by a 6mm-thick steel cladding from the inside in order to prevent leakage.

The building will be secured by emergency safety systems, while an outer building with a diameter of 50m will protect the equipment from external hazards. The internal containment will be a cylindrical building with an inner diameter of 44m, and will be capped by a 1m-thick hemispherical shell.

Hanhikivi 1 is a planned nuclear power plant in Pyhäjoki in northern Finland. Finnish nuclear power company Fennovoima is the developer.

Rosatom will supply the fuel for the new units for ten years. The fuel supply agreement was approved by the Euratom Supply Agency, which is responsible for the secure supply of nuclear fuel in the European Union, on 23 April 2015.

The reactors at Paks II will be equipped with PGV-1000MKP type horizontal steam generators. The steam generator will produce saturated steam that will flow through the holes of the perforated sheet submerged below the evaporation surface.

The reactor pressure vessel, designed for a service life of 60 years, will have a maximum neutron flux of 4.22n/cm² x 1,019n/cm². The reactor vessel internals will include a core barrel, a core baffle, a protective tube unit and in-core instrumentation system parts, while the control and protection system (CPS) drive housings will be installed on the reactor vessel head.

The main coolant pump will be of GCNA-1391-type and will be equipped with a flywheel that will provide smooth main coolant circulation rundown in the event of an accident.

The reactor core will comprise 163 fuel assemblies, which contain 533kg of UO2 each. The fuel assemblies will have a hexagonal cross-section and contain 312 fuel rods each.

Contractors involved with the expansion of Paks nuclear power plant

Nizhny Novgorod Engineering Company Atomenergoproekt (NIAEP-ASE), a part of Rosatom, was awarded the engineering, procurement and construction contract for the new reactor units.