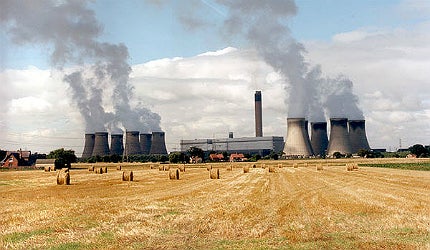 The zl1bn ($290m) biomass power plant was built at the site of the existing 1,800MW Polaniec power station in Polaniec, Poland. The plant became operational in November 2012.

The existing Polaniec power plant has eight 225MWe turbines fed by coal and biomass. The biomass unit was initially planned for a capacity of 190MW, but increased to 205MW during the construction stage. It features a circulating fluidised bed (CFB) boiler, which is capable of burning biomass fuel exclusively.

The environmental impact assessment (EIA) for substituting the coal fired boiler with CFB boiler was conducted during 2009-2010.

“The Environmental Impact assessment (EIA) for substituting the coal fired boiler with CFB boiler was conducted during 2009-2010.”

Construction of the biomass fuelled power plant was undertaken to complement the European Union’s target to generate 15% of energy from renewable sources by 2020. The plant will cut down carbon dioxide emissions by about 1.2 million tons (mt) a year.

Poland produces approximately 35mt/y of wood waste and 14mt/y of agricultural waste. The new biomass power plant exploits these wastes to produce renewable energy. It uses up to 890,000t of wood chips and 222,000t of agricultural waste annually. In 2011 Alstom was awarded a contract to retrofit a turbine at unit eight of the Polaniec power station, to match the new biomass boiler.

As part of a separate contract, Alstom is retrofitting the plant by replacing the existing turbines of units one to seven with new steam turbines and overhauling the components, to improve the turbine capacity and the plant’s service life. The upgrades are targeted for completion by 2014.

Wood chips are produced during the chipping process at the fuel yard, while the agricultural wastes are supplied from within 100km radius of the plant.

The wastes poured into the boiler are fluidised due to the heat. The entire bed is lifted and the fuel circulated to the top of the furnace, where the solid parts are separated and brought back to the furnace.

The heating surfaces are provided with moderate thermal loading and the fuel is added to the furnace along with additives to prevent accumulation of unwanted materials and fouling of the furnace.

In April 2010, GDF Suez awarded the contract to design, supply and erect the CFB boiler island to Foster Wheeler. The scope of work included designing and supplying the steam generator and other supporting instruments, civil works, preparing the biomass yard and building and commissioning of the biomass island.

Foster Wheeler’s subsidiaries in Finland and Poland were also involved in executing some of the contractual works. Laborelec provided technical support to GDF Suez for the design of the biomass power unit.

BRUKS Klöckner supplied the chipping line for the biomass power plant, which included the drum chipper and handling equipment.