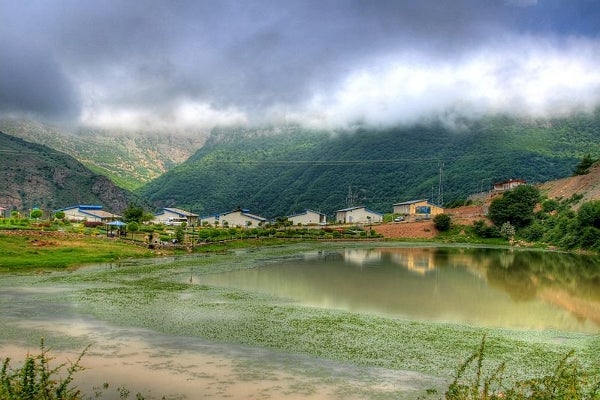 "Construction of the power plant began in 1985, and its first generating unit was connected to the national grid in May 2013."

Construction of the power plant began in 1985, and its first generating unit was connected to the national grid in May 2013. The power plant, when fully operational, will generate more than 1GW of hydroelectricity during peak hours and consume 940MW of electrical power for pumping operation during low-load hours.

The Siah Bisheh pumped storage project, located in the northern Alborz mountain area near Siah-Bisheh village in the Mazandaran Province of Iran, has a long development history.

Traksionel, a Belgian company, carried out investigations for setting up the power plant and submitted the feasibility report in 1975. The project development was, however, halted in 1979 due to the Islamic Revolution. Subsequently, the construction on the project started with the digging of diversion tunnels for the dam but was halted again from 1992 to 2001, due to lack of funding.

Construction works for the project paced up after 2001 following the awarding of contracts. Works related to the impounding of upper and lower-dam reservoirs were finished by January 2013.

The Siah Bisheh pumped storage power project comprises two concrete-faced rock fill dams. The upper-dam is located on the Chalus River, while the downstream dam has been built at the crossing area of Chalus and Garmrudbar rivers. Siah Bisheh is the first hydroelectric project in Iran to use first rock-fill dam with concrete lining.

The Siah Bisheh upper-dam is 82.5m-tall and has a crest elevation of approximately 2,410m above sea level. The storage capacity of the dam is 4.3million cubic meters of water. The Siah Bisheh lower-dam, 106.5m in height and with a crest elevation of 1,911m, has the capacity to store about 6.8million cubic meters of water. The upper-dam spillway has a discharge capacity of 203m3/s, whereas the spillway of lower-dam can discharge water at 198.25m3/s.

"Each penstock is further bifurcated into two penstocks at the plant’s powerhouse."

The powerhouse of the pumped storage plant is constructed 300m below the ground surface and comprises four 260MW reversible Francis vertical turbines and four 235MW reversible Francis turbine pump-generators. The turbines have a maximum height of 511.3m and a discharge rate of 62m3/s. The speed of the generator units is 500 rotations per second. The discharged water from the powerhouse will be transferred to the lower reservoir via a tail-race tunnel.

The power output of the Siah Bisheh power plant will be fed into the grid network by two 400kV transmission lines. The switchyard of the power plant comprises three 400 kV feeder lines and four transformer feeders along with 13 single phase main transformers with a capacity of 105MVA each.

Voith Hydro Holding, a joint venture of Voith and Siemens, is the supplier of turbines and generators for the Siah Bisheh project. A joint venture comprised of Moshanir and Lahmeyer conducted the design studies and prepared the tender documents for the project.

Rowa conducted the feasibility study for the Siah Bishe pumped storage power plant in 2004. EDF and Moshanir Consulting conducted the technical and economical review for project.

Engineering services contract for the design and construction of the project was awarded to Colenco, AF Consult, and an Iranian company. Kayson provided the detail design services including civil and structural engineering, and site supervision works.

The contract for underground construction works including the caverns, tunnels and two pressure shafts was awarded to Tablieh. Colenco Power Engineering provided consultancy services during the power plant construction.