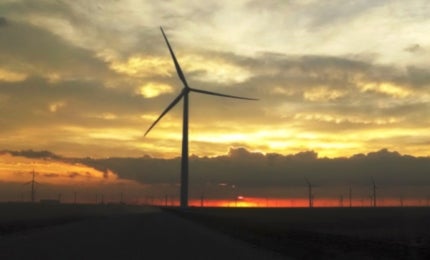 The 161MW Spinning Spur II Wind Farm is located in the Oldham county of Texas, the American state that hosts five of the ten biggest wind farms in the world.

EDF Renewable Energy acquired Spinning Spur I and II wind power projects from Cielo Wind Power in January 2012. The Spinning Spur I project was commissioned in December 2012 with a similar capacity.

Spinning Spur II was launched for construction in June 2013 and began commercial operation in July 2014. The wind farm is capable of producing clean energy sufficient for approximately 44,000 Texas homes, while reducing approximately 332,000t of greenhouse gas emissions per year.

The turbines were introduced in 2013 and are designed to operate at an average wind speed of 8.5m/s with increased swept area and power output compared with their predecessor, the GE 1.6-82.5 model.

The Spinning Spur I and II wind farms together can power up to 100,000 Texas homes with clean electricity. EDF is also developing a third wind farm called Spinning Spur III with 194MW capacity, which is expected to be operational by 2015.

The electricity generated by the turbines is transported via a 34.5kV underground collection system to a newly constructed substation in Oldham County. It is the transferred through a 39m-long, 345kV competitive renewable energy zones (CREZ) gen-tie transmission line to the Electric Reliability Council of Texas (ERCOT) grid, via Sharyland Utilities’ AJ Swope Station in Potter County.

“The electricity generated by the wind farm is being sold under a 10-year power purchase agreement (PPA).”

The electricity generated by the wind farm is being sold under a 10-year power purchase agreement (PPA).

Mortenson Construction’s Renewable Energy Groups was the construction contractor for project, and was responsible for engineering, procurement and construction of all access roads, wind turbine foundations and electricity collection system, as well as the operations and maintenance building.

EDF Renewable Services, a subsidiary of EDF, is the operations and maintenance contractor.