The Thanet Offshore Wind Farm is located 11km from the coast of Thanet, in Kent, UK. It is one of the 15 Round 2 wind projects initiated by the Crown Estates. It is also the world’s largest operational offshore wind farm to date. It is owned by Swedish energy company Vattenfall.

The wind farm has an installed capacity of 300MW, which is sufficient to power 240,000 homes. It has an operational life of 40 years.

The Thanet Offshore Wind Farm was approved in December 2006. Construction began in January 2008 and was completed in June 2010, with the installation of the last turbine. The estimated cost of the project is £780m.

The project company Thanet Offshore Wind Ltd was originally conceived in 2003 by Warwick Energy under the Round 2 offshore wind farm licence applications. In 2007, a hedge fund named Christofferson, Robb & Co (CRC) purchased the project and floated it on the market. Warwick Energy continued to manage the project until October 2008, until the buyer of the project backed out.. In November 2008 Vattenfal acquired CRC, after which the project was resumed.

“The project company Thanet Offshore Wind Ltd was originally conceived in 2003 by Warwick Energy under the Round 2 offshore wind farm licence applications.”

A contract worth £1m was awarded to a local building contractor W.W. Martin to construct the onshore maintenance building.

The Thanet Offshore Wind Farm has 100 3MW Vestas V90 wind turbines spread over an area of 35km². The distance between each turbine is 500m along the rows and 800m between the columns.

The wind turbines are installed at a depth of 20-25m. Each wind turbine is 115m tall to its highest point on the rotor.

The onshore grid connecting point features a reactive-power compensation system based on Static Var Compensator (SVC). It provides the required factor correction to increase the voltage quality and is in accordance with the British Power Supply System.

A shore-based maintenance facility provides operation and maintenance support to the wind farm. This facility is constructed on the piled foundations of 4-5 diameter and 60m long.

The roof is made-up of timber with ceramic slates fixed to photovoltaic panels. Energy saving measures such as solar panels for heating water and rainwater harvesting tank form a part of the maintenance building.

The UK is the leader in offshore wind energy. It currently has an operational capacity of 1,041MW with a further 1,452MW under construction. It has a peak wind energy demand of 59.3GW in winter and 45GW in summer.

“The mounting pressure on the country to reduce carbon emissions led to the development of Round 2 in December 2003.”

In 2007, the government agreed to a European Union target to generate 20% of the continent’s energy from renewable sources by 2020. The UK was given a target of 15% to be generated from the renewable energy. The country requires around 7,500 offshore wind turbines by 2020.

In order to achieve these targets, Crown Estate approved the expansion of seven Round 1 and 2 offshore wind sites in May 2010. This is expected to increase the current production by 2GW.

The guidelines for Round 1 were published in 1999. On receipt of several applications, 18 offshore wind farm projects were given permission to proceed in April 2001. This came to be known as the Round 1 of the UK offshore wind development.

To date, four projects have been completed. Of the remaining projects, seven have received permission from the planning authorities and the rest are awaiting consent.

The mounting pressure on the country to reduce carbon emissions led to the development of Round 2 in December 2003.

The department of Trade and Industry (DTI) set new strategic rules for the wind industry and approved 15 projects with a combined capacity of 7.2GW. This formed the Round 2 of the offshore wind development.

It is estimated that if the UK develops wind farms in one-third of its shallow waters, it can produce 40GW of power. A similar kind of development in deep waters will fetch a capacity of 80GW. 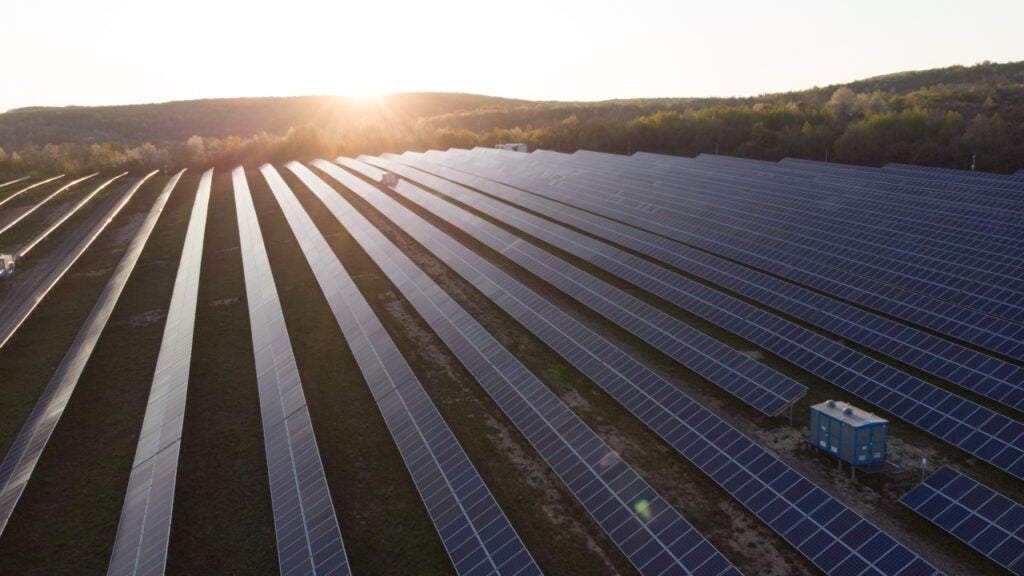