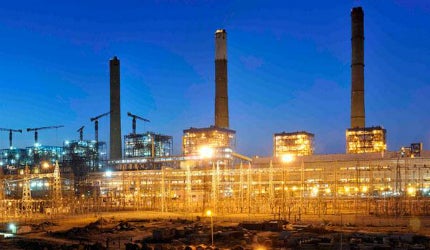 The Lohara west and Lohara extension coal deposits in Maharashtra provide coal for the Tiroda power plant units I and II.

Adani Power Maharashtra has, in addition, signed a fuel-supply agreement with South Eastern Coal fields for the supply of 2.3 million tonnes of coal for the Tiroda power plant.

The company has also laid a 10.5km cross-country pipeline from Dhapewada barrage on Wainganga River in order to meet the water requirements of the power plant.

The Tiroda Power plant of Adani Group is being developed in two stages. The first stage consisted of three coal-fired super-critical generation units rated at 660MW, with a combined power generation capacity of 1,980MW.

APML commissioned the first two 660MW units of Tiroda super critical power plant in August 2012 and January 2013. The third unit was commissioned in June 2013 marking the completion of the first stage of the project.

Transmission and sale of power generated by Tiroda power plant

A 765kV transmission network system was constructed to transmit power from the power plant to the Eastern and Western Maharashtra load centres. The network consists of two 765kV single circuit lines from Tiroda to Aurangabad via Koradi and Akola.

Maharashtra State Electricity Distribution Company purchases 1,320MW of power generated by the plant at a price of Rs2.64 per unit. The sale was initiated under a 25-year power purchase agreement (PPA).

Around 3,300MW of coal-generated power is being added at Barh near Patna in Bihar, India.

The boiler tube is equipped with an acoustic leakage detection system included with advanced sensors for noise signal measurement and elimination. The leakage in the boiler tube is detected through acoustic frequency spectrum analysis.

Once-through boiler technology is used for the feed water control in the super-critical boiler systems. The automation system is made up of Advanced Foxboro Invensys IA system.

Multivariable transmitters are installed in the process measurement. The compressor system is equipped with piezoelectric sensor technology.

Advanced software based inspection management system was used in the construction of the 765kV Tiroda-Aurangabad transmission project. It is an advanced technology which forecasts the tower erection and also helps in identifying the material shortages.

Financing for the Tiroda power plant

APML raised $10.4bn through an IPO in August 2009 for the construction and development of the 1,980MW Tiroda power project.

Contractors involved with the development of Tiroda

BHEL was awarded the contract for providing 400kV single-phase generator transformers for the Tiroda power plant.

China-based Sichuan Machinery & Equipment Import & Export Company (SCMEC) supplied the main plant package for the project. SCMEC, however, could not perform the contract works due to Visa policy issues with India. SCMEC, instead, guided the sub-contractors in the erection, commissioning, and operation of the BTG equipment.

"Gammon India was awarded a $3.5bn worth contract for civil, structural and architectural works."

Powergen Infrastructure is the turnkey contractor for the project. The scope of work includes the design, engineering, procurement, and supply of goods and equipment for the power plant. It also includes transportation, erection, commissioning, construction, and related services for the main plant.

Sunil Hi Tech Engineers was contracted to design the plant structure and erect the boiler and turbine generator.

UB Engineering was awarded the contract for the erection and associated works of boilers and auxiliaries, and turbine-generators auxiliaries for the power plant.

Petron Engineering Construction was awarded the contract for handling, erection and civil works of Units 1 and 3 of the plant.

Gammon India was awarded a $3.5bn worth contract for civil, structural and architectural works.

Larsen & Toubro (L&T) was sub-contracted by Powergen Infrastructure for setting up of a coal handling plant. L&T was responsible for the engineering, supply and erection of electrical & instrumentation systems, and the structural steel works including testing and commissioning.

Hornsea Project One is an offshore wind farm located off the Yorkshire coast, UK, within the Hornsea Zone in the…

GNA I is an integrated liquefied natural gas (LNG)-to-power project located in Rio de Janeiro, Brazil. It is the first…