The 3,750MW project has been built at an estimated cost of around $1.2bn.
The West County Energy Center consists of three 250 MW 'G' Class gas generators in each unit. 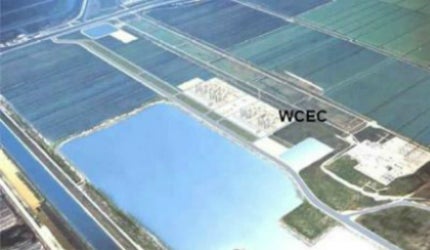 The 3,750MW West County Energy Center cost FPL around $1.2bn. Units 1 & 2 of the plant were commissioned in August and November 2009 respectively. Unit 3 of the energy centre became operational in June 2011. The plant provides electricity to 250,000 homes.

The site is located near to a transmission substation and major transmission lines needed to deliver power to urban areas. It is served by an extension of Gulfstream’s natural gas pipeline, with ultra-low sulfur light oil as emergency/back-up fuels. Combustion controls and selective catalytic reduction (SCR) reduce the carbon emissions.

“The new project will supply power to the equivalent of 250,000 homes.”

All the three units are now using reclaimed water from a local water treatment plant as the primary water source with FPL having completed the reclaimed water project in October 2010.

Black & Veatch was awarded the contract to integrate the design of the reclaimed water supply system into the three plant units. The company had also played a major role in the engineering, procurement, construction and commissioning of West County Energy Center (WCEC) Unit 3.

Ambient air is drawn into the 17-stage compressor of the M501G where it is compressed to above 19 atmospheres. The compressed air is then directed to the combustor section, which consists of 16 separate steam-cooled, can-annular, Dry Low NOx (DLN) combustors. Fuel is introduced, ignited, and burned. The combustor outlet temperature is above 1,480°C (2,700°F).

The hot combustion gases routed through the steam-cooled transition pieces is diluted with additional cool air from the compressor and directed to the turbine (expansion) section.

Energy is recovered in the turbine section in the form of shaft horsepower, of which typically more than 50% is needed to drive the internal compressor section. The balance of recovered shaft energy drives the external load. Turbine exhaust gas is discharged at around 650°C (1,200°F) for extra energy recovery.

Gas-fired duct burners can be used in the HRSG to provide additional heat to the turbine exhaust gas and produce even more steam-generated electricity. Duct firing is useful during periods of high energy demand.

An SCR system controls NOx emissions from each gas turbine when firing either natural gas or distillate fuel oil. The SCR consists of an ammonia (NH3) injection grid, catalyst, ammonia storage, monitoring and control system, electrical, piping and other ancillary equipment. An oxidation catalyst system may be installed in the future to control CO2 emissions.