Four reactors in Sanmen and Haiyang

Expand
Westinghouse is building four AP1000 nuclear plants in China.
Engineering design and some procurements have already begun for the planned Chinese plants.
Construction of the Chinese reactors is expected to start in 2009.
The four plants will be built in pairs at Sanmen and Haiyang.
Passive systems on the AP1000 use gravity, natural circulation and compressed gas – there are no pumps, fans, diesels, chillers, or other rotating machines in the safety sub-systems.
Westinghouse is expected to bring the first plant on line in 2013.

The four plants will represent the first implementation of Westinghouse’s new AP1000 reactor design and are being built in pairs at Sanmen and Haiyang. Work has started on the reactors, with engineering design and long lead time procurements for major forgings already in progress. Construction at Sanmen nuclear site began in April 2009 and at Haiyang in September 2009.

The first plant is expected on line in 2013, which would make it the first ever AP1000 to generate electricity. The remaining three plants are expected in 2014 and 2015. Westinghouse has reportedly agreed to transfer the technology to China for €400m, and only €15m for each reactor. The AP1000 has also been identified as the technology of choice for 12 new projected plants in the US. The deal will generate more than 5,000 jobs in the US.

The AP1000 will generate around 1,150MWe, and uses a similar principle to the existing AP600 Pressurised Water Reactor (PWR) design. The two-loop configuration needed minimal changes to the AP600 design with, for example, the nuclear island footprint and the core diameter being unchanged.

“The four plants will be the first implementation of Westinghouse’s new AP1000 reactor design.”

The simplified construction will also reduce operator actions. The passive design means operators would not need to take immediate action after an accident, with the reactor instead safely shutting down on its own.

All the passive systems have been designed to meet the NRC single-failure criteria and its recent criteria, including TMI (Three Mile Island) lessons-learned and unresolved / generic safety issues. Probabilistic Risk Assessment (PRA) tools have also been used to quantify the safety of the design.

The AP1000 Nuclear Steam Supply System (NSSS) plant configuration consists of two Delta−125 steam generators, each connected to the reactor pressure vessel by a single hot leg and two cold legs. Four reactor coolant pumps circulate the reactor coolant for heat removal. A pressuriser is connected to one of the hot leg pipes to maintain subcooling in the Reactor Coolant System (RCS).

AP1000 fuel design is based on the 17×17 XL design used at plants in the US and Europe. The AP1000 has a taller reactor vessel than the AP600, larger steam generators (Delta−125), a larger pressuriser and slightly taller, canned reactor coolant pumps with higher reactor coolant flows. As with AP600, studies have shown that AP1000 can operate with a full core loading of MOX fuel. The AP1000 has a modular construction, allowing many construction activities to proceed in parallel. Site construction schedule is 36 months from first concrete to fuel loading.

The Nuclear Regulatory Commission’s (NRC) approved final design certification for the AP1000 in January 2006. The Westinghouse AP1000 standard plant design is the first Generation III+ reactor to receive FDA from the NRC. Generation III+ is the new generation of competitive reactor designs that will follow the Generation III Advanced Light Water Reactors developed in the 1990s.

China now has nine nuclear reactors in operation, two more connected to the grid and around eight more under construction or about to start construction. Nuclear capacity is planned to be 40GWe by 2020, at a cost of around €40bn, involving another 30 or so new power plants. That would nearly double the nuclear electrical share from just over 2% to 4% by 2020. It will, however, increase its already heavy reliance on imported uranium for fuel.

Westinghouse’ consortium partners include Mitsubishi Heavy Industries (which has supplied all of Japan’s 23 PWR reactors), and the Shaw Group as Architect Engineer. Shaw has also established a Joint Venture Partnership in Shaw YPC Piping (Nanjing), completing a major project in Nanjing, and completing balance of plant engineering work at Lungmen in Taiwan. Shaw is based in Baton Rouge, Louisiana, and with offices worldwide including in Beijing.

Around the same time as it announced the China contract, Westinghouse announced it has acquired IST Nuclear (ISTN). ISTN provides services to South Africa’s Pebble Bed Modular Reactor (PBMR) project. The acquisition is significant because China has the world’s only working (experimental) Pebble Bed plant, and is developing another at Shanghai.

There are however engineering challenges facing PBMRs, particularly fuel and containment. South Africa and China are already collaborating on R&D for Pebble Bed, apparently to develop and commercialise High Temperature Reactor (HTR) projects in the two countries. 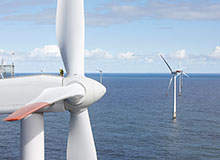