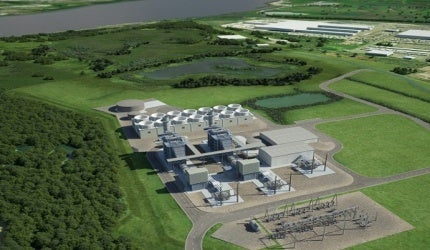 Competitive Power Ventures (CPV), ArcLight and Toyota Tsusho are currently developing the 700MW Woodbridge Energy Center (WEC) in Woodbridge Township, New Jersey, US. The natural gas-fired power plant, estimated to cost $845m, will be operated by an affiliate of ArcLight, while CPV will manage the construction.

A ceremony for the power plant was held in October 2013 and commercial operations are expected to begin in the first quarter of 2016. The plant is expected to supply power to the north-eastern US for more than 30 years.

Approximately 700,000 New Jersey homes will be powered by the project, which will also create 500 construction and 25 full-time operational jobs.

The Woodbridge Energy Center is being developed on a former EPEC Polymers site, an abandoned chemical plant at Riverside Drive, Woodbridge. The project was initiated as part of the restoration and redevelopment of the Keasbey redevelopment zone and Brownfields development area (BDA).

"Approximately 700,000 New Jersey homes will be powered by the project, which will also create 500 construction and 25 full-time operational jobs."

The project site extends over approximately 30 acres and will consist of 130ft-tall structures, along with approximately 250ft-tall emission structures. The facility will use natural gas as the primary fuel source and ultra-low sulphur diesel as a back-up. Natural gas will be provided via a new pipeline to be constructed by the Transcontinental Gas Pipe Line Company (TRANSCO).

A DLN combustion system with SCR will be installed on each of the two combustion turbines to control NOx emissions.

Grey water for cooling will be sourced from Middlesex County Utilities Authority’s (MCUA) wastewater reuse pump station. The plant will receive seven million gallons of cooling water from MCUA, of which two million gallons will be sent back to MCUA for processing through the wastewater treatment facility.

The 7F-5 gas turbine generator will have an efficiency of more than 59% in combined cycle operations and above 38.7% in simple cycle operation. It is equipped with a three-stage hot gas path with advanced cooling and sealing for improved efficiency. Advanced 3D aerodynamic 14-stage compressors with super-finish airfoils have been installed in the turbine to improve fuel efficiency.

"The electric output of the facility will be sold through a 15-year standard offer capacity agreement (SOCA) with New Jersey utilities."

The Dry Low NOx (DLN) 2.6 combustion system installed in the turbine will enable the system turndown to reach 36% of a gas turbine base load, while accommodating fuel composition variance and maintaining emission guarantees.

Transmission and sale of power

The power generated at WEC is expected to be transmitted to the national grid either through the Public Service Enterprise Group Metuchen substation, or through Jersey Central Power and Light’s Raritan River substation.

The electric output of the facility will be sold through a 15-year standard offer capacity agreement (SOCA) with New Jersey utilities, and the energy through a hedge.

Contractors and agencies involved with the WEC development