Nature of Disruption: The LBX Crypto Token is an ERC-20 utility-based token created on the Ethereum platform aimed to establish a market that directly sets a commercial value on environmental progress. LBX Tokens are blockchain-based, soon to be offered on a crypto exchange. LBX leverages environmental improvement through the remediation and physical environmental cleanup of affected areas from the fossil fuel business as its mining approach, rather than extremely energy-intensive, sophisticated algorithms. Unlike other cryptocurrencies, which take huge amounts of energy to mine, LBX seemingly harnesses the energy of the people to reclaim the soil, grow trees, and restore landscapes formerly damaged by fossil fuels. The structure of LBX is quite similar to that of Bitcoin. There are originally 20 million tokens available, and like bitcoin, there is a limited number of LBX that will ever be issued (80 million in total). New LBX Tokens will only be released through its token issuance procedure, which is dependent on accomplishing approved, audited, and confirmed environmental remediation of running or shut down or deserted assets harmed by the fossil fuel business.

Outlook: Once the work is completed, LBX Tokens will be accessible for trading on the exchange(s) that get selected for trading, says  Land Betterment.  The extra tokens produced through the token issuance procedure could increase liquidity and market value beyond the initial 20 million tokens accessible for trading. The firm thinks that similar to Bitcoin, the easier and more cost-effective “mining,” or, in the case of LBX Tokens, the easier environmental cleaning initiatives, will be finished first. As the program proceeds, more difficult projects will be finished, slowing the rate of new issuances, which should increase in market value to incentivize such work to be done in the future and basic supply-demand of token availability, it says. The LBX application process is set to kick off soon, followed by LBX picking its debut exchange to offer its tokens. 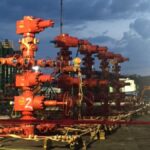