Nature of Disruption: Omnispace Spark-2 is a non-geostationary (NGSO) satellite constellation in low-earth orbit (LEO) and can operate in the n256 3rd Generation Partnership Project (3GPP) band. It is standardized for non-terrestrial network (NTN) operation and can globally allow direct connectivity to enterprise and government Internet of Things (IoT) and consumer devices. Omnispace claims that the Omnispace Spark-2 can help in building a worldwide 5G network. The payload antennas can be used to provide a direct connection regardless of the user’s location. 5G mobile connectivity from a single global network can transform industries and act as the communications infrastructure that can enable 21st-century digital economies. Mobile network operators, their clients, and partners can leverage the network to drive innovation, power industries, and link billions of people. Omnispace Spark-2 can be used to advance and validate the development and implementation of Omnispace’s global NTN.

Outlook: Geostationary (GSO) satellites orbit the Earth at a height of 36,000 kilometers where they seem fixed in the sky when viewed from the ground. NGSO satellites are located between 8,000 and 20,000 kilometers above the Earth in medium earth orbits (MEO) and 400 to 2000 kilometers above the Earth in low Earth orbits (LEO). NGSO operators need to install a fleet of satellites, known as constellations, to provide continuous service from high altitudes since non-GSO satellites move across the sky throughout their orbit around the Earth. Omnispace Spark-2 can offer 5G capabilities in Omnispace’s NTN. Thales Alenia Space has designed and developed the Omnispace Spark satellites in collaboration with NanoAvionics, ANYWAVES, and Syrlinks. The satellite was delivered into orbit by Exolaunch aboard a SpaceX Transporter mission. In February 2021, Omnispace has raised $60 million in equity financing led by Fortress Investment Group. The startup has accumulated $140 million in funding over five rounds. It aims to utilize these funds for the development of its 5G NTN and expands its 2 GHz spectrum footprint in key markets globally. 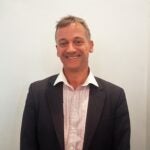 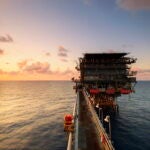