For factory owners, the 21st century has been a confusing time. New markets have sprung up brimming with affluence and an appetite for consumer goods. But governments across the globe are pledging carbon neutrality by the middle of the century: it has been the EU’s target since 2019, China’s since 2020 and the US’s since 2021. The tacit understanding that underpinned industrialisation – shovel in fossil fuels, pump out products and leave the environment to take the hit from emissions – is melting away. Increasingly pressured timelines on big carbon emitters means the energy infrastructure of today could be the stranded assets of tomorrow.

The International Energy Agency estimates that four-fifths of global energy supplies were dependent on fossil fuels – coal, natural gas and oil – in 2020. For net-zero emissions goals to be met, this must fall to one-fifth by the middle of the century. With the global population expected to grow by 2 billion in the same period, fuel sources will have to diversify rapidly and radically – putting major manufacturers in the firing line. A 2021 report from think tank Global Energy Monitor projected that write-downs in the steel sector alone could reach $70 billion as developers continue to build carbon-belching blast furnaces in growing markets like China. Industry’s rush to meet short-term demand is delaying the long-term peril of asset stranding.

Shrugging off the manufacturing practices of the past, however, is easier said than done. As Javier Cavada, President and CEO of Mitsubishi Power’s Europe, Middle East and Africa Division, points out: “electricity grids today are built around power stations. If you want to keep the lights on, you need to make sure the grid is still stable”. This means combining the carbon-reducing capabilities of new technology with the scalability of existing factories and power plants. Far from a drag on decarbonisation, existing energy infrastructure will be central to its success.

Calculating the cost of decommissioning

How should manufacturers respond? One approach is to do nothing at all. Demand for metal, plastic and textiles is growing with the global population; providing the supply remains appealing. Some factory owners will calculate that the costs from decommissioning – which must accelerate at some point before 2050 – can be kicked down the road. Another option is to mitigate emissions via carbon capturing and storage. For the largest and most ingrained assets, where migrating to low-carbon alternatives is unfeasible, this may be the only option. Finally, investing in low-carbon energy sources now offers the surest safeguard against stranded assets in the future. Such an investment in the long-term, however, is unappealing to capital owners seeking fast returns in the present.

The energy industry is in a quandary according to Cavada: “We have customers who have very clear ESG strategies, but following them through is painful and expensive, even though it’s the right thing to do. And that’s where the whole of society needs to step up”.

Many technologies already exist that could make this viable. Consider carbon capture, usage and storage (CCUS). Mitsubishi Heavy Industries (MHI) Group has already rolled out its trailblazing CCUS technology, the Kansai Mitsubishi Carbon Dioxide Recovery (KM CDR) Process, in 14 commercial plants worldwide. The Group is also finding novel ways to make energy generation more efficient, for example with its next-generation JAC-Series gas turbines. And harnessing spikes in wind and solar electricity output to produce and store hydrogen – which emits only water when burnt – is both carbon-neutral and compatible with existing assets, preventing stranding.

The age of green steel

Are current incentives strong enough to dial up decarbonisation? Some projects are providing a blueprint that other asset holders can follow. Primetals Technologies, an MHI Group company  is working to pioneer production of zero-emissions steel. Iron ore is processed in facilities powered by hydrogen rather than coke or coal. That hydrogen can be generated with renewable energy, and the low-carbon iron being churned out will be readily available for use in existing blast furnaces, helping to cut carbon emissions. Slowly but surely, the metals industry is entering the age of “green steel” – and it is doing so without forcing old factories to shut down.

Given the current pace of decarbonisation some stranding is inevitable. “I have to be pretty blunt,” says Cavada. “We’re going to have stranded assets. That’s the reason why, up to the start of the pandemic, the level of investment into new power stations has gone down drastically.”

Despite the array of choices – carbon capturing, turbine efficiencies, alternative fuels – some firms will continue to delay diversification. They could be caught out by the 2050 deadline.

But for those planning to ride the wave of change, the strategising can start on how to capture carbon and transition to hydrogen most efficiently. For example, hydrogen must be cooled to -253°C before it can be shipped. Setting up steel mills in locations with both abundant renewable energy supplies and accessible iron deposits, such as rural Canada or Australia, will become an increasingly appealing investment proposition in the coming years.

For now, companies such as MHI Group are paving the way to make existing infrastructure more environmentally friendly. This means many of today’s factories and power plants could still be standing by 2050: whether they are stranded or not will depend on the choices their owners make in the meantime. 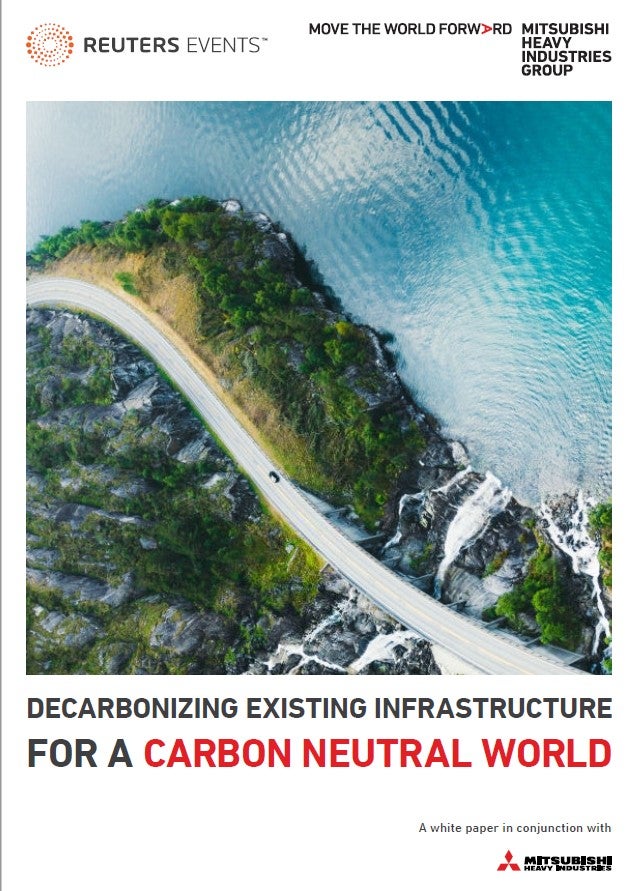