As the new year rolls around, many will now be going back to work after the festive period. However, some may be returning to jobs that, until last year, did not exist at all. New data reveals that blockchain jobs such as “blockchain developer” and roles related to the UK’s exit from the European Union may be worth keeping an eye on, after emerging as the most in-demand emerging roles of 2018.

Using comprehensive job market data such as hiring levels and year-on-year vacancy growth, job search engine Adzuna.co.uk was able to identify the most critical hiring sectors of 2018. From this, it compiled a list of the most in-demand emerging roles for the past 12 months.

With around 85% of jobs that will exist in 2030 not yet invented, such analysis may give an indication of the new roles that will emerge over the next few years.

Blockchain jobs came out on top

The hype around blockchain is still not dying down, and this is reflected in job vacancies. The research revealed that roles with “blockchain” in the title came out on top, with 1,010 live vacancies. 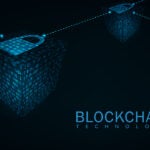 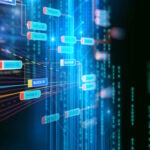 Jobs in this area offer a large average salary of £66,000, and three quarters of blockchain jobs are based in London. However hubs are also emerging in areas such as Cambridge.

With the UK political climate dominated by Brexit, it is unsurprising that Brexit-related jobs are on the rise as businesses prepare for different Brexit outcomes. Adzuna found 786 live job roles with “Brexit” in the title, with Brexit planners and Brexit project managers the second most prevalent emerging role.

The list includes some new additions reflective of trends in tech and wider culture that were particularly prevalent in 2018. New job titles also added to the list include driverless car salesman, offering an average salary of £42,300. With the industry forecast to grow in coming years, this trend looks set to continue.

With the number of vegans in the UK increasing to around 3.5 million people, there was also a new demand for chefs who prepare exclusively vegan food. There were 194 vacancies for vegan cooks and vegan restaurant staff, reflecting the increased demand for animal-free options.

However, this trend appears to be affecting some regions more than others, with all live vacancies situated in London and the South East.

2018 also saw an increased focus on sustainability, with the issue of single-use plastics dominating discussions around the environment. With businesses under increasing pressure to do their bit to reduce environmental impact, the role of ‘zero waste consultant’ has emerged this year, promising an average salary of £31,355.

In general, employment in the tech sector had a good year, with vacancy levels growing 7.5% year-on year from 82,899 to 89,182 jobs. However, this growth may be widening the existing tech skills gap in the UK, meaning that there are not necessarily enough professionals experienced in these cutting-edge fields to fill roles.

Adzuna anticipates an even faster rate of hiring in 2019, with IT vacancies looking set to top 100,000 next year. Web Designers and Product Managers are also in strong demand.

Andrew Hunter, co-founder of Adzuna believes that wider trends are having a significant impact on the job market:

“It’s always fascinating to see how developments in the political and technological world are impacting vacancies. As Brexit suddenly became a reality this year, many businesses are bolstering plans for the future through the guidance of a Brexit Planner or Brexit Project Manager. Issues and trends such as sustainability and veganism have also had a profound impact on the job market, and it’s pleasing to see how brand new job roles have been created to serve demand in these areas.

“Job roles come and go, but some of the new roles we have seen emerging this year, such as those in the driverless car industry are especially interesting, and could prove an excellent career choice as these industries continue to thrive.”