US: US Covid-19 infections exceed 7.7 million, meanwhile, the US coronavirus death toll is 214,771 according to researchers at Johns Hopkins University.

Anthony Fauci, the top US infectious disease expert, says he was taken out of context in a new campaign ad that praises Trump’s handling of the coronavirus pandemic. The advertisement was released by the Trump campaign last week, after the president was discharged from Walter Reed hospital. 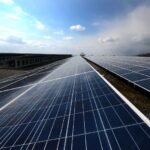 Trump pitched what he called his post-infection immunity to Covid-19 as an advantage over Democratic presidential nominee Joe Biden, in his first interview since doctors certified he was no longer at risk of transmitting the deadly virus. “Once you do recover, you’re immune, so you don’t have a president who has to hide in his basement, like his opponent,” Trump said on Sunday.

India: India reported 66,732 additional coronavirus cases on Monday, bringing total infections to 7.12 million. While the daily rate of cases appears to be slowing, India is expected to surpass the US as the worst hit nation in the world by as early as next month. The country’s death toll rose to 109,150.

Brazil: Brazil reported 290 virus-related deaths in its latest daily count, the fewest since 5 April, according to Health Ministry data. The country, which has the most reported infections behind the US and India, added 12,342 cases, bringing the total to almost 5.1 million. The official death toll rose to 150,488.

Greece: Health authorities in Greece announced a daily record of 13 deaths from Covid-19, along with 280 new confirmed infections. The country’s total number of cases since the pandemic started stands at 22,358, with 449 deaths.

France: More than half of France’s nurses are close to burning out, according to a survey of nearly 60,000 of them, which found they were struggling with cancelled holidays and increased work due to coronavirus.

UK: The prime minister, Boris Johnson is expected to unveil a three-tier alert system of Covid restrictions for England. The first tier is expected to include existing restrictions limiting gatherings to six people and a 10pm curfew on pubs and restaurants, and existing rules on masks and social distancing. The second tier is likely to include bans on home visits and indoor socialising with other households in bars or restaurants, while the final tier could force bars and pubs to close.

China: The city of Qingdao announced plans to test each of its nine million residents, after six new cases emerged linked to a hospital treating infections in returning international travellers.

Solomon Islands: A second Covid case has been confirmed in Solomon Islands, the Pacific archipelago that had, until this month, remained Covid-free. The first case, confirmed on 3 October, was a student who had been repatriated from the Philippines in late September. The second confirmed case is another student who was on the same flight.

French Polynesia: President, Edouard Fritch, has tested positive for Covid on returning to Tahiti from France, where he met the French prime minister, Jean Castex, and the president, Emmanuel Macron.

Belgium: Belgium’s 14-day incidence rose to 387 Covid-19 cases per 100,000 inhabitants from 349 the previous day. That makes it currently the second-hardest hit country in Europe, behind the Czech Republic.

Portugal: The Portuguese government said Science Minister Manuel Heitor tested positive for Covid-19. Heitor has no symptoms of the infection, the government said in an emailed statement. All members of the government who attended a cabinet meeting on Thursday are being tested for the virus, even if they didn’t have close contact with Heitor.

UK: AstraZeneca Plc said an antibody medicine against Covid-19 is advancing into the last stage of clinical tests, and will be administered to more than 6,000 people starting in the next few weeks.

New Zealand: New Zealand has agreed to purchase enough vaccines from Pfizer Inc. and BioNTech SE for 750,000 people. The pact is subject to the vaccine successfully completing all clinical trials and passing regulatory approvals in New Zealand, according to Research, Science and Innovation Minister Megan Woods and Health Minister Chris Hipkins in an emailed statement.

Italy: Health minister, Roberto Speranza, said he had proposed a nationwide ban on private parties, while Rome would also target opening hours for bars and restaurants.

Czech Republic: The Czech Republic plans to further tighten social-distancing rules to stem the European Union’s worst coronavirus surge — without repeating the economic paralysis from this spring. The government will on Monday decide on more steps to limit human contacts after it already banned cultural and sports events, closed some schools and ordered bars and restaurants to close at 8 pm.

Greece: Greece has new restrictions on the number of people allowed inside restaurants, museums and archaeological site are being imposed on Monday in Athens and several regions around Greece where the incidence of new cases is considered particularly high.

Philippines: The Philippines’ health department is open to easing a curfew, but movement restrictions for the young and elderly are needed to protect vulnerable groups, Undersecretary Maria Rosario Vergeire said on Monday.

Poland: Poland is considering whether to introduce a state of emergency if the coronavirus outbreak starts to clog the health-care system, Dziennik Gazeta Prawna reported, citing unidentified people from the government.

US: President Trump and House Speaker Nancy Pelosi blamed each other for a lack of progress on new plan to support the US economy, while a senior White House aide said he expects talks to continue and a Fed official called for fiscal help.