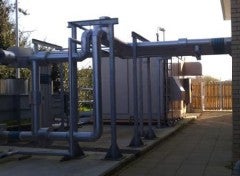 The fuel cell system, which is claimed to be the UK’s first molten carbonate fuel cell and the most efficient fuel cell installation in Europe, forms part of a sophisticated central energy system project, which serves over 500,000ft2 of offices, retail, residential, restaurant and hotel space in the Regent Street Quadrant area.

The project features two combined cooling, heat and power (CCHP) units, including the one installed by Logan Energy, photovoltaic cells and thermal stores that will provide 22% of the energy and heat for the whole scheme.

Quadrant 3 will use the heat from this fuel cell installation for facility heating and cooling, thereby maximising efficiency and saving costs for The Crown Estate’s customers. 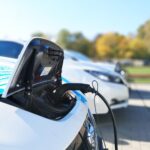 Uncategorised
US to allocate $2.91bn to boost advanced battery production 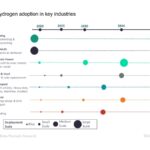 Uncategorised
Hydrogen has the potential for unprecedented momentum

The fuel cell’s overall efficiency is estimated to be around 83% and has a higher electrical contribution than other types of distributed generation.

The 300kWe Logan Energy CCHP unit works by converting natural gas into electricity through an electrochemical process, reducing CO2 by 38% and NOx and SOx emissions by 99.99%, curbing carbon dioxide emissions of around 350t a year.

"The fuel cell’s overall efficiency is estimated to be around 83% and has a higher electrical contribution than other types of distributed generation."

The thermal stores retain heat produced at times of low demand and deliver heat at periods of high demand as well as capture heat from the waste flue gases of the CCHP unit and hydrogen fuel cell and hold it until required, while energy efficiency technologies and intelligent lighting reduce electrical consumption by 30%.

Logan Energy CEO and chairman Bill Ireland said that the company has installed a fuel cell system at Quadrant 3.

"The project demonstrates that fuel cell based energy centers are able to compete with all other forms of distributed generation even without government subsidy and will play an increasingly significant role in the reduction of carbon emissions and electrical power resilience in the UK.