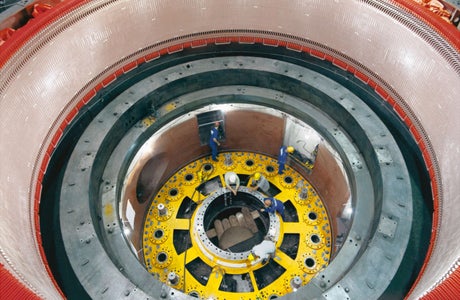 Voith has secured several major orders worth €185m to modernise hydropower plants in Brazil and China.

Voith has already started a research project, in cooperation with its Chinese customer, to cut down erosion due to strong abrasion by the sands of Yellow River.

For the 1,420MW Salto Santiago plant, the firm has renewed and refurbished four turbines and generators, electro-mechanical equipment, and automation technology.

Voith has renovated the two generating units at the 226MW Passo Fundo hydropower plant, in addition to refurbishing the automation systems.

It is also modernising Chavantes Hydroelectric Power Plant in Brazil, which is being operated by US-based Duke Energy.

The scope of the Chavantes project includes renewing three generating units, including turbines and generators, and related electro-mechanical systems in the 414MW hydropower plant.

“Thanks to our comprehensive competency and long-term experience, we are able to benefit from both developments.”