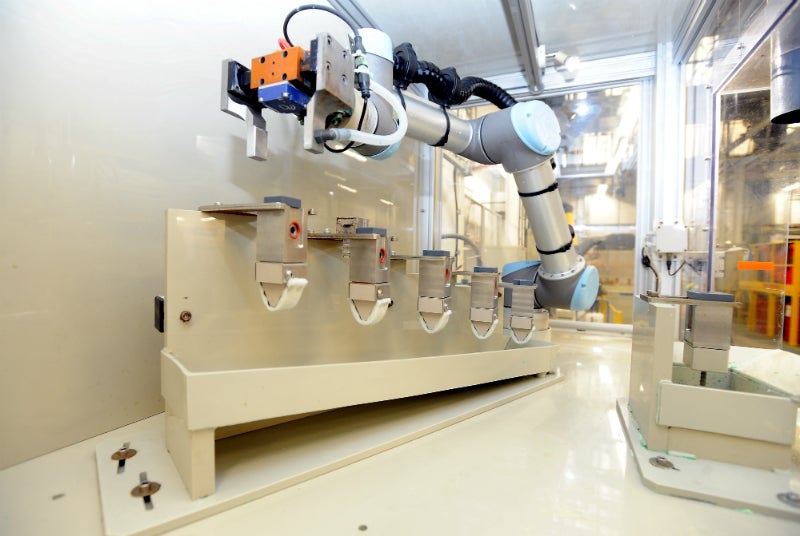 Safran Landing Systems (formerly Messier-Bugatti-Dowty) is a world-leading manufacturer of landing gear systems and focuses on providing solutions that are not only reliable and robust, but increasingly weight-efficient and environmentally responsible, providing overall value across an aircraft programme.

Safran’s facility in Gloucester, UK, has been at the forefront of landing gear technology for over 80 years. Today, the 100,000m² site employs around 1,200 people and its core competencies include design, research, development, testing, and systems integration together with a comprehensive, state-of-the-art production capability. It is here that they manufacture the landing gear for a number of the world’s leading commercial aircraft.

Landing gear design includes a stop pad between the bogie beam and vertical part of the component to prevent wear as it is retracted into the fuselage. This impact results in potential wear at the interface, with further risk of atmospheric corrosion. A design modification involving the application of a nickel chrome electrolytic protective treatment was agreed.

SIFCO ASC has partnered with Safran on various surface finishing projects for over 20 years, including more recent work to increase wear resistance on one of the aircraft’s axles.

These projects are carried out using the renowned SIFCO Process® – the leading method of electroplating localised areas on components without the use of an immersion electroplating tank.

Safran process group manager Neil Kenyon initially approached SIFCO ASC to investigate the potential of the SIFCO Process® as a solution for the nickel plating application. While it was advised that this could be solved by manually plating a layer of nickel underneath a layer of chrome on the section of the bogie beam affected by corrosion, Safran’s robust manufacturing quality standards required the process to be highly traceable and repeatable.

SIFCO ASC’s UK team consulted its French specialist engineering R&D department. Following a full situation analysis, the team recommended that the SIFCO Process® should be automated using a collaborative robot in order to adhere to Safran’s robust manufacturing standards. However, this had never been done before and would require significant engineering expertise. In order to achieve the results demanded by the aerospace specifications, the two teams embarked on a collaborative research project.

Initial work began at the end of 2013. Safran tested the nickel material in its specialist facility under simulated take-off and landing conditions. Once it was confirmed that the material was suitable in early 2014, SIFCO began work on designing the robotic system. During this time, to fast-track the benefits of the SIFCO Process®, the plating was carried out manually.

The robot, now fully operational at Safran Landing System’s Gloucester facility, provides the company with a precise, highly traceable, repeatable and accurate process, which is well-suited to the hi-tech facility it sits within.

The integrated computer logs all of the relevant information, including the parameters plated, the batch numbers for the solution, current densities, and solution levels. The fully automated system also adheres to the company’s health and safety policy as it minimises human contact with harmful chemicals. It currently processes 30 bogie beams per month and the team is looking to expand its use into other areas of the company.

Consistent plating uniformity has been achieved using this process, standing up to the robustness of the necessary qualification testing.

The SIFCO Process® has since been specified into the manufacturing process of new landing gear to prolong the corrosion protection. It is also being rolled out into Safran Landing System’s Mexico facility where landing gear components are also manufactured.

For more information, please contact the company via the enquiry form on this page.