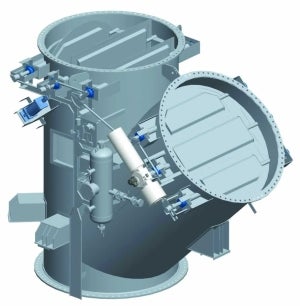 UK-based engineering company Damper Technology Ltd (DTL) has announced it is opening an Indian subsidiary that is expected to start trading next month.

The newly incorporated company, Damper Technology India Private Limited (DTL India), is currently setting up offices in Coimbatore, Southern India. A management team has been established and a team of approximately ten engineers, project managers and sales staff are being recruited from the local area. Initially, manufacturing will be subcontracted to a company in Bangalore, but the overall objective is for the company to purchase or build its own manufacturing facility there within the next few years.

DTL has been a part of the Orbinox Valves International (OVI) Group since 2009, and the decision to go into India was made after a two-year feasibility study highlighted that to serve the Indian domestic market, a local presence is essential. The decision was made easier as the group already has a manufacturing facility and links in the Tamil Nadu region of India.

DTL designs and develops equipment that regulates the flow of air or gas for the energy industry and India’s developing economy has a need for power, which means more and more power stations are being built that require the types of valves and dampers that are essential for the safe operation of power stations, oil rigs, cement works and other heavy-duty industry.

Mark Hancock, managing director of DTL, said: "Within three years the hope is that the Indian operation will be turning over as much as the UK but the two offices are not in competition, as a lot of the project execution and complex design work will still be managed from the UK office. We currently employ 20 people at our UK base in Ilkeston, Derbyshire, but we also have plans to recruit more people this year as work from India increases."

DTL India will be led by Mr Suresh Menon, based in India. Mark Hancock, having been background checked and cleared by the Indian Authorities, will sit on the board, and the DTL sales manager (Peter Adams), engineering manager (Andrew Mellor) and operations director (Gary Tunnicliffe) will all be heavily involved in supporting the venture. Peter exhibited at the Powergen India Exhibition during 2011, and already has plans for two exhibitions (in Calcutta and Delhi) this year.

Damper Technology Ltd (DTL) has announced that it will be exhibiting at the Australasian Oil...

Damper Technology Ltd (DTL) is one of the world leaders in the damper marketplace. DTL's...

Damper Technology Ltd (DTL), established in 2001, has a history in the damper industry reaching...