Wärtsilä to Supply a 101MW Power Plant to Argentina 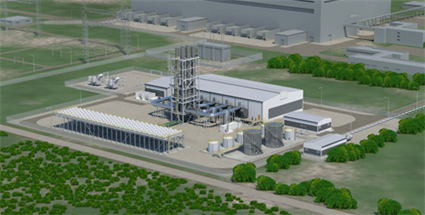 Wärtsilä will supply a 101MW Smart Power Generation plant to Pampa Energía S.A.in Argentina. Wärtsilä’s scope is to deliver a turnkey solution, including the engineering, procurement and construction (EPC). The delivery includes Wärtsilä 50DF multi-fuel engines running on natural gas, and when necessary, heavy-fuel oil (HFO) as a back-up fuel. The value of the order is approximately EUR 75 million. The project is included in Wärtsilä’s order book in the fourth quarter of 2016. The power plant will be delivered during 2017 and is scheduled to be fully operational in December 2017, making this a fast-track delivery from Wärtsilä.

Argentina is undergoing constant development of its power system and preparing for the entrance of renewable energy sources. CAMMESA, the national grid system operator, recognizes that thanks to its fast start and stop capability, engine-based power generation technology is well suited for balancing the fluctuations caused by intermittent renewable power. The flexibility of Wärtsilä’s Smart Power Generation technology was seen as an important feature in the evaluation process of the project.

The power plant will be located in Central Piedra Buena, adjacent to the Ing White port close to Bahia Blanca city in Buenos Aires Province. This location is important for two reasons. Firstly, it is a key location within the high voltage grid in Argentina. Secondly, the area offers secure access to HFO that is used as back-up fuel for the power plant. Wärtsilä’s multi-fuel technology is very important in Argentina today as gas shortages occur on a regular basis. Due to the fact that HFO is more affordable than light-fuel oil (LFO), the Wärtsilä technology offers Pampa Energia S.A a more economical solution compared to gas turbine technology.

"Wärtsilä’s multi-fuel capability makes the economics of the project solid for us. It allows us to choose HFO as back-up instead of LFO, which is the option with gas turbines. Additionally, we know that Wärtsilä can deliver an EPC project on time with high quality," says Mr Rubén Turienzo Commercial Director at Pampa Energía S.A

"Our long-lasting relationship with Pampa Energía S.A continues with this project. We are also happy to see that our technology is recognized as an enabler of renewable energy in Argentina," says Gaston Giani, Business Development manager at Wärtsilä.

This is the sixth project awarded to Wärtsilä in Argentina during 2016, and is the second project with Pampa Energía S.A. this year. The first was a 100 MW power plant to be built with Albares Renovables, a subsidiary of Pampa Energía S.A. These projects have a significant impact on employment and industrial development in Argentina. Several hundred jobs are created and technology know-how is transferred to the growing power generation sector in Argentina.