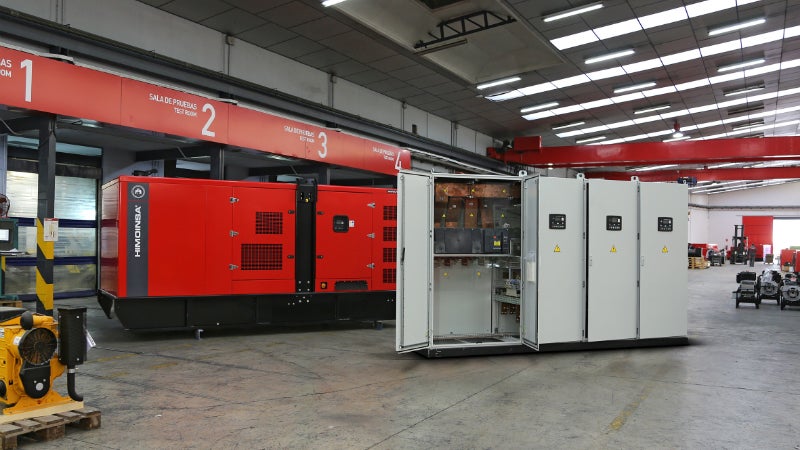 HIMOINSA has designed a complex triple switching system that connects to three different power supply networks and is capable of optimising the hours of operation of the generator sets that guarantee the emergency power supply of important hotel resorts in Algeria.

Algeria has launched a robust development program for new infrastructure in the services industry to cover the constant growth in commercial and business activities. HIMOINSA will supply the emergency power for two large hotels belonging to the AZHotels chain that will open in 2017 in Kharouba and Mostaganem.

There will be four HDW-750 T5 generator sets in stand-by working in parallel to guarantee the electricity supply of the installation in each hotel, one of which includes a water park.

The complexity of the project lies in the fact that the hotels are connected to three different electricity supply networks. An enormous switching cabinet will be used to program the equipment for triple switching operations over three different networks.

If one, two or all three should fail at the same time, the four generator sets will switch on in synchronised mode and start running in parallel. If only one of the networks fails, the two generators with the least operating hours will be switched on. If the power supply failure occurs in more than one network, the four generator sets will continue working, totalling 3 MW of power until the electricity supply is re-established.