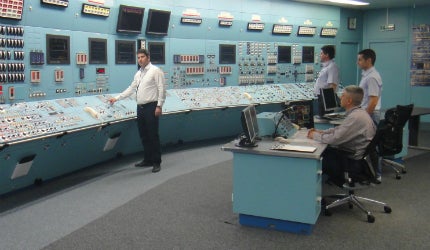 The project is underway and is expected to be completed in the third quarter of 2016.

Vice-president of marketing & sales for L-3 MAPPS Power Systems and Simulation Michael Chatlani said: "We are pleased to have our first opportunity to work with GE and to make a further contribution to the Cernavodă simulator project for our longtime customer SNN,.
"We expect this project to pave the way for future collaboration between GE and L-3 MAPPS."

The new HMI will provide Cernavodă’s operators with a high-fidelity training environment to practice plant startup at power operations with the new main generator excitation system.

An initial version of the model and the HMI will be available by year’s end, with training scheduled for early 2016 before the new excitation system is installed. Following the system’s commissioning, L-3 MAPPS will provide support to fine-tune changes resulting from the system’s go-live status, ensuring the simulator matches the plant system configuration.

Societatea Nationala Nuclearelectrica S.A. ("SNN") operates the only nuclear power plant in Romania. The electricity annually generated by Cernavodă units one and two represent approximately 18% of Romania’s overall electricity production. Units one and two have been in commercial operation since December 1996 and October 2007, respectively. Both units are 706 MWe CANDU units.

In 2014, GE was ranked ninth among the Fortune 500’s largest firms in the US-based on gross revenue.

In addition, the company has more than four decades of expertise in supplying plant computer systems for Canadian heavy-water reactors. L-3 MAPPS also provides targeted controls and simulation solutions to the space sector.

Headquartered in New York City, L-3 employs approximately 45,000 people worldwide and is a prime contractor in aerospace systems and national security solutions. L-3 is also a leading provider of a broad range of communication and electronic systems and products used on military and commercial platforms.