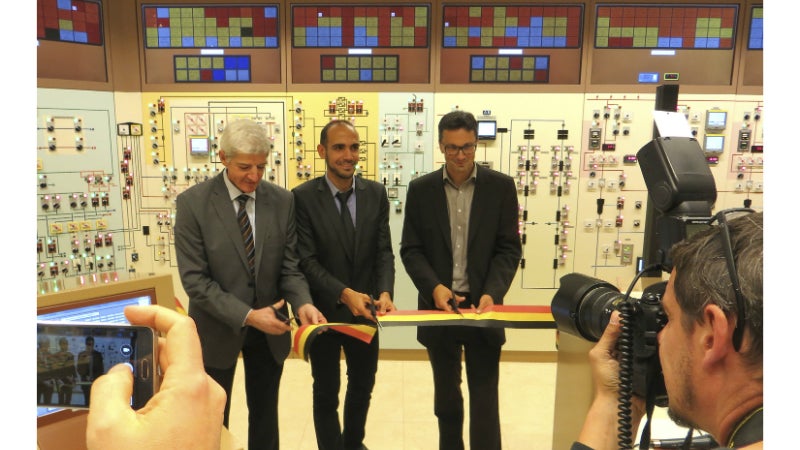 "Electrabel is very impressed with the state-of-the-art Orchid®-based Tihange 1 full scope simulator," said Jean Brognez, Tihange simulator training manager. "The project success is the result of the L-3 MAPPS team’s focus, dedication and commitment to a quality simulator. The atmosphere of collaboration and trust developed over the course of the project between Electrabel and L-3 is a key factor to the simulator being delivered on schedule and on budget."

"This project is a fine example of excellent large-scale simulator project management and execution in which the stakeholders all worked in an open environment to address challenges head-on and keep the project advancing while never compromising quality," said Michael Chatlani, L-3 MAPPS’ vice president of marketing & sales. "We would like to thank all the contributors that made this effort a great success, including Electrabel, Tractebel, the L-3 MAPPS project team and our main subcontractors, ENGIE Fabricom and Macq Traffic & Automation."

The Tihange 1 full scope simulator, equipped with full replica control room panels, is based on L-3’s state-of-the-art graphical simulation PC/Windows-based tools for the plant models and instructor station. Most plant systems are simulated in the Orchid simulation environment, including the reactor, nuclear steam supply systems, balance of plant systems, the electrical AC and DC distribution systems, and I&C systems. The electrical grid, including the main generators and transformers, is modeled with FAST, a product of Tractebel.

Electrabel is one of Europe’s front-runners in the energy sector and the Benelux market leader and is active
in the production of electricity, the sale of electricity, gas and energy-related services and energy trading. Electrabel is part of ENGIE Group, an international industrial and services group engaged in the energy and environment sectors. Electrabel employs approximately 4,800 people and has a generating capacity of
9,020 MW. The company operates seven nuclear reactors in Belgium, four at Doel and three at Tihange, with
a total nuclear capacity of almost 6,000 MW. Tihange is located 95 kilometers southeast of Brussels along the Meuse River. Tihange 1 is a three-loop Pressurized Water Reactor (PWR) with an electrical output of 962 MW. The plant was commissioned in 1975 and, on July 4, 2012, the Belgian government decided to extend the operational life of Tihange 1 by 10 years until 2025.