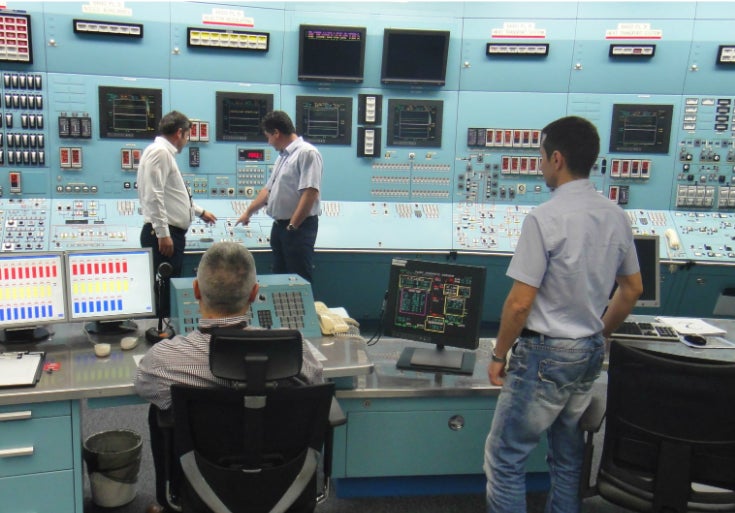 L-3 MAPPS announced today that it has won an order from Societatea Nationala Nuclearelectrica S.A. (SNN), a Romanian-based state-owned utilities company, to upgrade the Cernavodă full scope simulator’s emulation of the plant Digital Control Computers (DCCs). DCC systems are used to monitor and control the major reactor and power plant functions at CANDU* nuclear power plants. The project will start immediately and the upgraded software is expected to be in service on the simulator in the first quarter of 2017.

"This project brings together our nuclear power plant simulation know-how and our experience in building the actual plant DCC hardware to provide a comprehensive emulation solution to SNN," said Michael Chatlani, vice president of marketing and sales for L-3 MAPPS Power Systems and Simulation. "We are honored to continue our long-standing working relationship with SNN and to have another opportunity to demonstrate why L-3 MAPPS is the de facto maker of CANDU plant simulators."

"SNN has worked with L-3 MAPPS since 1984 to develop the Cernavodă plant computers for Units 1 and 2 and the full scope operator training simulator," said Ionel Bucur, director, CNE Cernavodă. "We are pleased to have long-lasting partnerships with reliable suppliers like L-3 MAPPS to ensure the continued safe operation of our generating assets."

The current Linux-based DCC simulation on the Cernavodă full scope simulator emulates a single SSCI-125 computer’s instruction set and the handling of the input and output (I/O) devices managed by the DCC. The upgraded simulator will feature a dual-redundant DCC emulation on a Windows operating system with the SSCI-890 computer and related I/O. The DCC emulation is developed with L-3 MAPPS’ Orchid® Control System.

The DCC emulation supports standard DCC features, such as system switchover, failover and the ability to fail individual programs. It also includes advanced built-in debugging and monitoring tools for a better understanding of the behavior of the DCC executive programs. Additionally, the emulation supports all standard simulation commands, such as freeze, run, store and backtrack. The main control room display system is also reproduced, complete with soft DCC keyboards, enhancing the portability of the solution for engineering studies and classroom training.

Societatea Nationala Nuclearelectrica S.A. ("SNN") operates the only nuclear power plant in Romania. The electricity annually generated by Cernavodă Units 1 and 2 represents approximately 18 percent of Romania’s overall electricity production. Units 1 and 2 have been in commercial operation since December 1996 and October 2007, respectively. Both units are 706 MWe CANDU units.