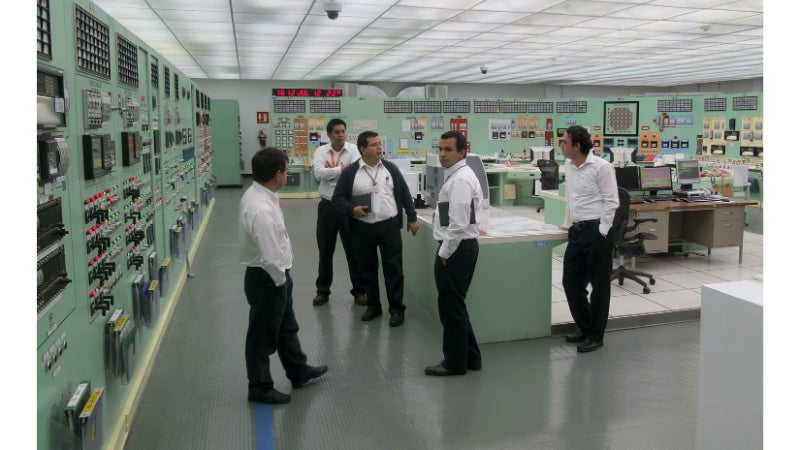 L3 MAPPS announced today that it has received an order from Instituto Nacional de Electricidad y Energías Limpias (INEEL) to support the modernisation of the Laguna Verde full scope simulator for Comisión Federal de Electricidad (CFE). In the first phase of the project, INEEL will develop a classroom simulator using L3 MAPPS’ Orchid® simulation environment equipped with interactive virtual panels and emergency diesel generator local panels. The overall modernization project will be executed in multiple phases, with the first phase set to complete in the second half of 2017.

"We are pleased to join with INEEL to develop the third version of the Laguna Verde full scope simulator," said Michael Chatlani, Vice President of Marketing & Sales for L3 MAPPS Power Systems and Simulation. "This order represents our first sale into the Mexican market, which we are thrilled about."

"We appreciate L3 MAPPS’ flexibility in developing a project plan that meets our budget and technical requirements, as well as those of CFE," said Dr. José Montoya Murillo, INEEL Project Manager. "I am convinced that the combination of INEEL and L3 MAPPS’ simulation expertise will yield a high-quality, high-fidelity upgraded simulator."

"After a thorough review of the simulation technology available on the market, CFE and INEEL concluded that the Orchid simulation environment is the best suited product to meet CFE’s needs," said Fabián Barrios Eufrasio, CFE Project Engineer. "CFE was particularly impressed with Orchid’s configuration management, source management and regression testing features, all of which will facilitate simulator maintenance and the inclusion of future plant modifications into the simulator."

L3 MAPPS will deploy its Orchid simulation suite, to be utilized for all phases of the modernization project, and will train INEEL’s simulation personnel. During the first phase, INEEL will replatform the existing plant simulation from a third-party platform to Orchid and will develop the virtual panels with L3 MAPPS’ on-site and remote support. INEEL will also develop new emergency diesel generator models using Orchid Modeling Environment.

At the end of the first phase, Laguna Verde trainees will interact with the simulation via L3 MAPPS-provided Orchid Touch Interface bays for an accurate representation of the control room environment using touchscreen monitors with 1080p full HD resolution. For added realism, INEEL will also include simulated control room sounds using Orchid Sound System. Laguna Verde’s instructors will control and monitor all aspects of the simulation with Orchid Instructor Station. The emergency diesel generators will be interfaced to the simulation with a Beckhoff I/O system driven by Orchid Input Output.

INEEL was created by presidential decree on December 1, 1975 as the Instituto de Investigaciones Eléctricas (IIE), a public electricity and energy research center. In June 2016, IIE changed its operating name to Instituto Nacional de Electricidad y Energías Limpias. INEEL’s mission is to promote sustainable development in electricity and clean energy through innovation. INEEL is one of the leading institutions of research and technological development in Mexico. INEEL employs 530 highly educated researchers (42 percent with bachelor’s degrees, 42 percent with master’s degrees and 16 percent with doctorate degrees).

The Laguna Verde nuclear power plant is located on the coast of the Gulf of Mexico, in Alto Lucero, Veracruz, Mexico. It is the only nuclear power plant in Mexico and produces about 4.5 percent of the country’s electrical energy. It consists of two General Electric Boiling Water Reactor (BWR-5) units, each one with installed capacity of 810 megawatts. Unit 1 began operating on July 29, 1990, and Unit 2 began operating on April 10, 1995. The plant is owned and operated by CFE, the national electric company owned by the Mexican government.