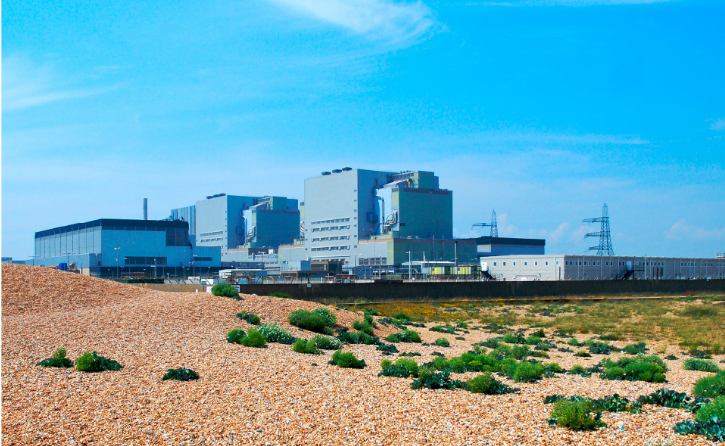 L3 MAPPS announced today that it has been awarded a contract by United Kingdom-based EDF Energy Nuclear Generation Limited to perform upgrade work on the operator training simulator for the Dungeness B Nuclear Power Station. The two-phase project will start immediately and is expected to be completed in the fourth quarter of 2019.

"We are pleased to add Dungeness B to the five EDF Energy sites that we are already supporting in the U.K.," said Michael Chatlani, Vice President of Marketing & Sales for L3 MAPPS Power Systems and Simulation. "EDF Energy and L3 MAPPS have jointly produced excellent results on 20+ projects that were delivered on time and on budget, and we look forward to duplicating this success on the Dungeness B simulator upgrade project."

"EDF Energy is happy to move forward with the operational phase of upgrading the Dungeness B simulator using L3’s Orchid® platform and high-fidelity models, with which we have already experienced positive results at three other Advanced Gas-cooled Reactor (AGR) sites," said David Norris, Training Lead at EDF Energy’s Dungeness B Nuclear Power Station.

In the first phase, L3 MAPPS will replatform the legacy simulator from SGI/UNIX® computers to new PC/Windows®-based computers running L3’s industry-leading Orchid simulation environment. L3 MAPPS will provide operating crew debrief capabilities with its powerful Orchid Multimedia Manager audiovisual system. Orchid Multimedia Manager is fully synchronized with Orchid Instructor Station and the simulated plant, allowing convenient replay and playback of training scenarios. L3 MAPPS will also provide a classroom environment where the instructor will be able to connect Orchid Instructor Station running on a tablet PC to any of the students’ simulations. Additionally, the students will be able to interact with the simulation using virtual panels displayed on three large touchscreens that are enabled with L3 MAPPS’ Orchid Touch Interface technology.

During the second phase, L3 MAPPS will develop Dungeness B plant-specific reactor core neutronics, as well as boiler and gas circuit models for Reactor 1, using Orchid Core Builder and Orchid Modeling Environment. The Reactor 1 models will be adapted for Reactor 2 and connected via the common services models. L3 MAPPS will also fabricate new Reactor 2 panels and upgrade the existing Reactor 2 desk. The Reactor 2 instruments will be interfaced to the simulation via compact I/O system equipment driven by L3 MAPPS’ Orchid Input Output software.

EDF Energy is one of the U.K.’s largest energy companies and its largest producer of low-carbon electricity. It is a wholly owned subsidiary of the EDF Group, one of Europe’s largest energy groups. EDF Energy generates approximately one-fifth of the U.K.’s electricity and employs around 15,000 people. The Dungeness B Nuclear Power Station is located on the southeast coast of England and is composed of two AGR reactors, producing a total of 1,050 MWe. AGR reactors are unique to the U.K. and use carbon dioxide (CO2) coolant instead of water as light water reactors do. Dungeness B started commercial operation in 1983 and decommissioning is expected to begin in 2028.

L3 MAPPS has over 30 years of experience in pioneering technological advances in the marine automation field and over 40 years of experience in delivering high-fidelity power plant simulation to leading utilities worldwide. In addition, the Company has more than four decades of expertise in supplying plant computer systems for Canadian heavy water reactors. L3 MAPPS also provides targeted controls and simulation solutions to the space sector.