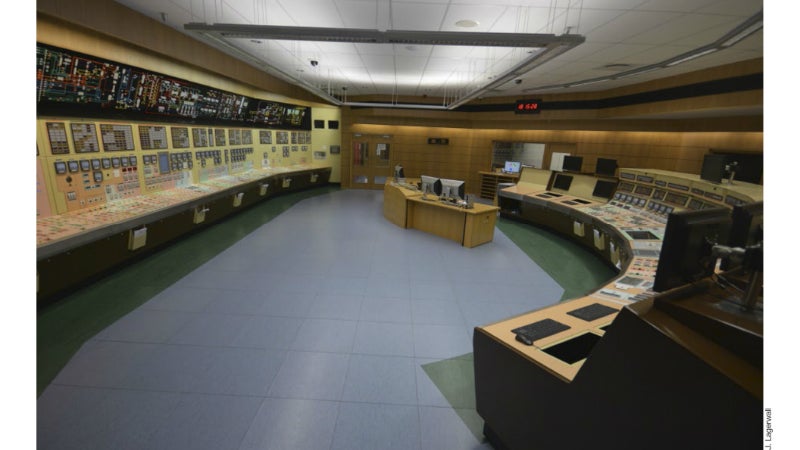 L3 MAPPS announced today that it has signed a contract with Eskom Holdings SOC Limited (Eskom) to perform a multi-phase project to prepare the two Koeberg Power Station operator training simulators for the steam generator replacement that is taking place on the actual plant units.

"We have been supporting Eskom since 2002 and have thoroughly enjoyed working together on interesting and challenging projects that deliver innovative technological solutions," said Michael Chatlani, Vice President of Marketing & Sales for L3 MAPPS Power Systems and Simulation. "We are very pleased to continue our collaboration with Eskom as we roll out this new project."

"Eskom and L3 MAPPS have made significant achievements together toward enhancing the operator training program at Koeberg through our collective work on the simulators," said Willem van der Sandt, Project Manager, Strategic Nuclear Projects at Eskom’s Koeberg Operating Unit. "We look forward to the same collaborative approach as we move forward with this latest upgrade effort."

In the first phase, set to be completed in the first quarter of 2018, L3 MAPPS will replatform the two simulators from PC/Linux® simulation servers to new PC/Windows®-based computers running L3’s latest Orchid® simulation environment. L3 MAPPS will also replace the existing Comet™ reactor core model with Comet Plus™ models. The new models, which solve the diffusion equations by using the Nodal Expansion Method, will be graphically generated and managed with Orchid Core Builder.

During the second phase, the existing steam generator models will be updated to account for the changes resulting from the new steam generators that will be installed at the plant.

Finally, following completion of the plant modification, the third phase will see a further update to the new steam generator models to ensure that the models are behaving in the exact same manner as the newly commissioned steam generators on the plant.

Additional power stations and major power lines are being built to meet rising electricity demand in South Africa. Koeberg Power Station is currently the only nuclear power station on the African continent. It is situated at Duynefontein, 30 kilometers northwest of Cape Town in South Africa on the Atlantic coast. Koeberg, with two pressurized water reactor units and the largest turbine generators in the southern hemisphere, produces 1,860 megawatts of power and ensures a reliable supply of electricity to the Western Cape Province.