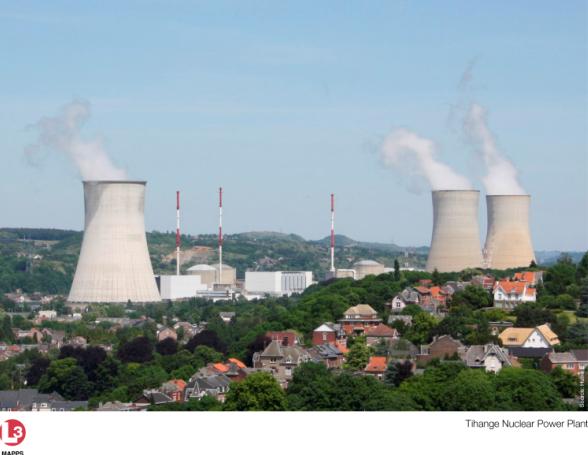 L-3 MAPPS announced today (10 December) that it has won an order from Electrabel SA for the supply of a full scope operator training simulator for the Tihange 1 nuclear power plant located in the Walloon province of Liège, Belgium.

The project will start immediately, and the simulator is expected to enter service in the first quarter of 2016. Tractebel Engineering, the engineering arm of Electrabel, will lead the project.

"L-3 MAPPS is delighted to add Electrabel as a new customer, allowing us to further cement our position in Europe," said Michael Chatlani, vice-president of marketing and sales for L-3 MAPPS Power Systems and Simulation.

"For the next two years, we will work diligently to produce another advanced full scope operator training simulator to ensure that Electrabel experiences the same high-degree of customer satisfaction that our other customers are accustomed to."

"Through our extensive diligence, it became clear that L-3 MAPPS had the best track record for the supply of full scope nuclear plant simulators," said Michel Deboeck, Tihange 1 long-term operation project manager for Tractebel Engineering. "We have every confidence that L-3 MAPPS will deliver an excellent product with its Orchid® platform."

The Tihange 1 full scope simulator, equipped with full replica control room panels, will use L-3’s state-of-the-art graphical simulation PC/Windows-based tools for the plant models and instructor station. All of the plant systems will be simulated in the Orchid simulation environment, including the reactor, nuclear steam supply systems, balance of plant systems, the electrical AC and DC distribution systems, and I&C systems. The electrical grid, including the main generators and transformers, will be modeled with FAST, a product of Tractebel Engineering.

Electrabel is headquartered in Brussels, Belgium, and is owned by GDF SUEZ, a world leader in energy and the environment. The company is active in the production of electricity and in the selling of electricity, natural gas and energy services to retail and business customers. At the end of 2012, Electrabel’s generating capacity was 9,879MW, slightly less than half the total capacity in Belgium (47.9%).

Electrabel operates seven nuclear reactors, four at Doel and three at Tihange, with a total nuclear capacity of almost 6,000MW. Tihange 1, located 95km south-east of Brussels along the Meuse River, is a three-loop pressurised water reactor with an electrical output of 962MW.