Siemens has manufactured the world’s longest rotor blades for a wind turbine, a culmination of the rapid advancement in wind power technology during the last 30 years. Created using specialist technology, the B75 blades measure a staggering 75 metres in length. These gigantic blades are currently in operation at Siemens’ research and development six megawatt test centre in Denmark’s Østerild test station. 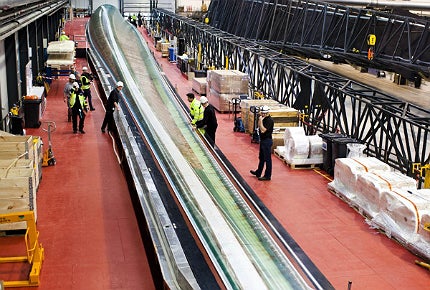 The rotor blade still in its cast. The diameter of the blade is 154 metres and it has a sweep of 18,600 square metres – the equivalent of nearly two and half football fields.

The new generation of wind turbines

The blades are designed to be part of the latest turbine generation, the Siemens 6.0-154 turbine, which have a six megawatt capacity.

The wind turbine can generate about 23 million kWh annually at a typical offshore site with 8.5 m/s mean wind speed, an energy yield sufficient enough to power 5,500 German households with electricity.

The Siemens 6.0-154 turbine will generate about 65% more energy using the 75-metre rotor blade than the Siemens 3.6 Megawatt bestseller using the earlier blade, with a length of 58 metres. 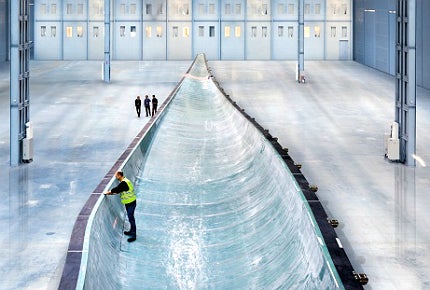 Measuring 75 metres in length, the B75 is manufactured in one piece without glue joints to save weight. It is made from glass fibre-reinforced epoxy resin and balsa wood, using Siemens’ patented IntegralBlade process.

The manufacturing process posed several problems. For example, the mould had to consist of two parts so that it could be transported.

Calculating operational stability was also a challenge, as Henrik Stiesdal, chief technology officer of the Wind Power Division of Siemens Energy, explains: "It took a good amount of development work to come up with a process that allowed us to calculate the blade’s stability under all wind conditions, and to thereby optimise the rotor." 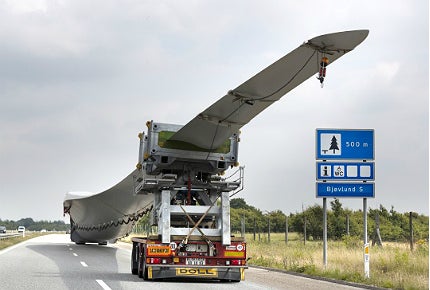 Due to its enormous size, transporting the B75 can be a tricky task. To accommodate the blade a special vehicle had to be used. The blades had to be transported a distance of 575 kilometres (KM) to the Danish town of Nakskov on Lolland Island to be painted.

The journey is usually about 330km by car, but because of the enormous cargo it was necessary to re-route to avoid bridges and tunnels. 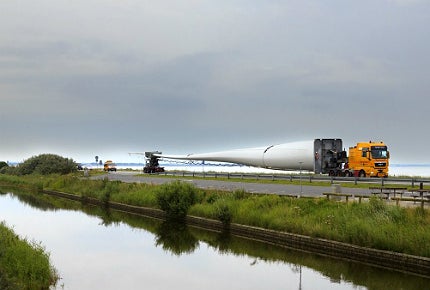 Dong Energy has ordered a total of 300 six-megawatt wind turbines featuring the record rotor, meaning the blades will have to be transported even further to the British coast where they’ll run. The turbines are expected to be delivered between 2014 – 2017. 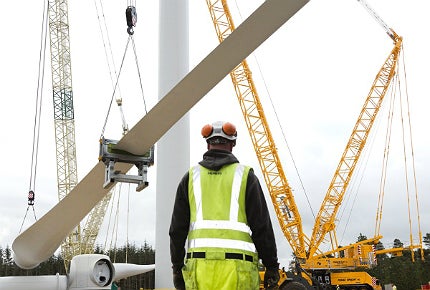 The B75 blade weighs about 25 tonnes – the equivalent weight of four bull elephants. Yet, despite their extraordinary weight, for the size and the structure of the blade it is actually a very low weight.

Low in weight, high in quality

If the blade had been made with traditional methods of manufacture, the blade would have been ten to 20% heavier. The blade could have been even lighter if it was made using carbon fibre, but Siemens’ designers decided against this.

Stiesdal explains why: "With carbon fibre the B75 rotor blade could be about another ten to 20% lighter. But this weight reduction would come at a price. That’s why we opted for the cost-efficient rotor blade made of fibreglass. " 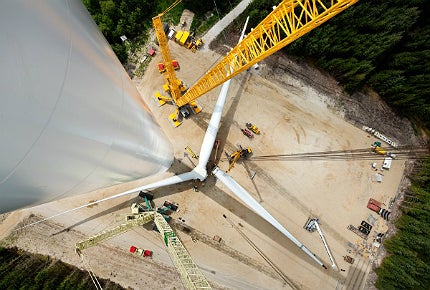 Here the rotor is assembled on the ground of the Østerild test centre in Denmark, a windy site near the coast, which is very favourable for testing turbines. The actual rotor consists of three of the 75 metre rotor blades.

The blade is operated at variable speeds of five to ten revolutions per minute. At maximum rotational speed the blade tip moves at 80 metres per second, corresponding to 290 km/h. 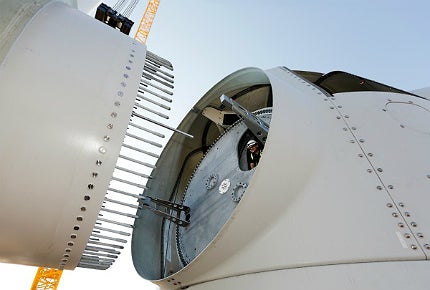 Once the rotor is assembled it needs to find its way to the nacelle, which is already on the tower and is approximately 15 metres in length and 6.5 metres in diameter.

Lifting the rotor requires working with cranes and acute accuracy from all involved. Wind speeds should not exceed more than six metres per second. In total the tower height is 116 metres. 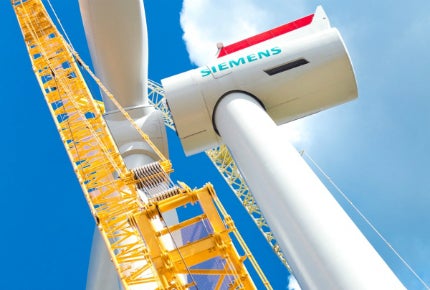 The B75 blade shows how wind power technology has evolved dramatically in the past 30 years. According to Siemens, its energy capture area and turbine capacity have grown by a factor of 200 in the last 30 years.

The latest turbine generation from Siemens has a six megawatt capacity and 75 metre long rotor blades, for a rotor diameter of 154 metres – the largest in the world.

A skyscraper built to harness wind and solar power could offset an entire day’s energy consumption.

02 Mar 2021
Registration is disabled.
We use cookies to ensure that we give you the best experience on our website. If you continue to use this site we will assume that you are happy with it.ContinueLearn more