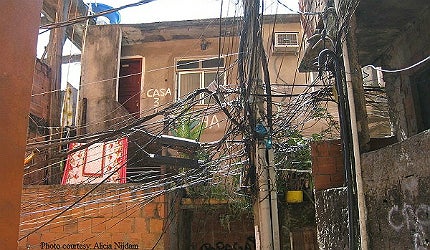 "Brazil alone loses approximately 15% of its annual energy production to theft according to its National Electrical Energy Agency (ANEEL)."

In addition to the obvious economic implications of this – amounting to annual losses in excess of 8.1 billion BRL – he points to the serious safety implications of this rising trend of power theft, and the growing reports of fires and other accidents resulting from unsafe electrical hook-ups.

Silver Springs and local partner, AES Eletropaulo, recently launched a 1,000-home pilot project in the city of São Paulo, using its Smart Energy Platform. Unsurprisingly, with Brazil widely tipped to become one of the largest single smart grid markets in the world by the end of the decade – and the rest of the region set to follow soon after – many other suppliers are also lining up to provide solutions to Latin America’s power theft dilemma.

The list reads like a who’s who of the industry, with Echelon, Elster, General Electric, Landis+Gyr and Trilliant, among others, all involved in partnership deals of one form or another in Brazil.

"The Brazilian market is a significant focus for Elster because of the Smart Metering growth potential. Colombia has already been deploying smart metering pilots through many utilities, as has Argentina, but we believe Brazil is the most promising market. We expect it to lead South America’s transition to a smart grid," comments Geraldo Guimaraes, vice president of Elster Integrated Solutions, Latin America.

"The Latin American market as a whole exhibits a number of other key aspects which favour smart grid development."

Both Guimaraes and Dresselhuys see dealing with the endemic electricity theft as a key driver on that shift and as Dresselhuys makes clear, the cumulative effects of these ‘unofficial’ connections are staggering.

"The total energy lost in the state of Rio de Janeiro in one year alone would be enough to supply the 6.2 million people who live in Santa Catarina for 12 months. This energy, more than 7.8 thousand gigawatts, is equivalent to one and a half year’s output from the Angra 1 nuclear power station," he says.

"In Pará, where 10,000 new unauthorized connections appear every month, the local distributor is one of the most affected in the country. Between 2007 and 2010, 24% of the energy it produced was lost."

Estimates for the magnitude of non-technical losses in other countries across the region are equally high. Guimaraes explains that part of the problem has been the existing metering and supply arrangements, with meters – often with poor casings – until recently typically being located inside the home.

With utilities now having permission to install them outside premises, or at the top of the electricity poles, the first steps towards fraud prevention have been taken and now, he suggests, the market is ready for a comprehensive move to smart metering.

"Estimates for the magnitude of non-technical losses in other countries across the region are equally high."

According to sector-specialist research company, Northeast Group, that could amount to 104 million units by the end of the decade, at an estimated value in excess of US$25bn. In their report, South America Smart Grid Market Forecast (2011-2020), they also predict that distribution automation and other smart grid technologies will enjoy similarly swift growth within the region, as Brazil, Mexico, Chile and Argentina embark on large scale roll-outs during the period.

"As part of a comprehensive smart grid strategy, revenue assurance helps improve overall power grid performance results, lowers [the] total cost of ownership, and can create a ‘self funding’ model for broad automation and modernisation." Just by eliminating illegal connections alone, he estimates Brazilian smart grids could recoup their deployment costs within two or three years.

For Elster – chosen in May by Light SA, the second largest utility in Brazil, to expand its advanced metering infrastructure to an additional 80,000 metering endpoints in Rio de Janeiro, using its locally designed and manufactured Garnet system – that is a significant factor.

"The use of smart technologies to help stop non-technical losses contributes to a feasible business case in terms of meter payback," says Guimaraes. "A comprehensive smart metering solution can also improve operational efficiency within the utility, which can in turn help improve profitability. An effective smart grid infrastructure can also enable a utility to better balance supply and demand, and more efficient maintenance."

As Echelon’s Nagaraj puts it "smart meters are the fundamental building block of any smart grid" and he sees their role in collecting energy usage and providing critical visibility to customer and network information as pivotal for both combating the problems of energy theft, and improving service efficiency overall.

"With utilities now having permission to install them outside premises, or at the top of the electricity poles, the first steps towards fraud prevention have been taken."

Smart meters bring self-diagnostic and real-time monitoring tools to bear on identifying tampering or irregular operation, pin-pointing the location of theft – often a major challenge in itself – and alerting the utility immediately, enabling swift action to be taken.

In addition, features such as wireless RF and simultaneous collection, add new levels of safety, reliability and agility to metering and data collection, equating to greater efficiency now and, ultimately, facilitates what Dresselhuys describes as "the scalability, interoperability and extensibility required for the future."

The Latin American market as a whole exhibits a number of other key aspects which favour smart grid development quite aside of the problem of endemic energy theft, including a relatively high energy demand per capita and a huge potential for distributed generation.

As the region continues its journey to a more energy efficient future, Guimaraes points out that smart grid technologies can also help accommodate the rising contribution of renewables. "A country such as Brazil where, according to KuicK Research, there has been a 500% increase in wind power generation from 2006 to 2011, effective integration of renewable energies is essential," he says.

Nevertheless, it remains in solving the problem of non-technical losses that the smart grid approach could arguably make its most immediate impact. If successful, statisticians will no longer be able to use estimates of purloined power to gauge the size of the so-called ‘informal’ economy, utility companies will not routinely face significant revenue losses and their meter readers will be free from the threat of violent doorstep confrontations. It makes for a smart solution, all round.