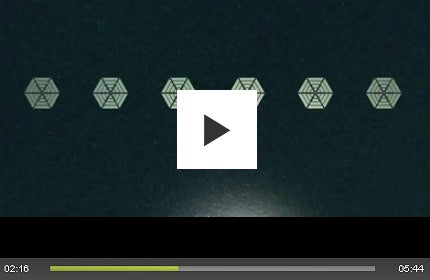 It’s fair to say the solar power industry has kicked off 2013 on a positive note; Solar and SunTech, two of the biggest manufacturers of solar panels, are showing recovering shares up from a recent five-year low, and, significantly, MidAmerican Energy Holdings has just committed $2.5bn to the industry.

"With such an auspicious start, could this be the year the solar energy industry finally catches up to its potential?"

Last week MidAmerican also purchased Sun Power and its 579-megawatt (MW) Antelope Valley solar project, which is being touted as the world’s largest photovoltaic power development. This purchase suggests the company and its owner, Warren Buffett, are prepared to invest in solar for the long run and believe in its future value.

With such an auspicious start, could this be the year the solar energy industry finally catches up to its potential? Ready to jump on the solar bandwagon are Norwegian company DNV and French company Ciel et Terre, respective makers of SUNDy and Hydrélio, two of the first solar devices created specifically to sit on water.

Designed for the open sea, SUNDy combines as many as 4,200 thin-film 560W solar panels to create an industrial-sized ‘solar island’, akin to a gigantic spider web and the size of a football pitch. The panels, being lighter and more flexible than traditional rigid glass-based modules, undulate with the ocean’s surface.

Though perhaps not suitable for extremely tumultuous oceans (KEMA says SUNDy islands can survive in benign seas in depths between of 20 – 100m and recommend they sit around five miles from shore), SUNDy offers the opportunity to use the vast seascape, which makes up 70% of the earth’s surface, for solar energy capture on an industrial scale without having a large impact on the landscape.

On the smaller end of the spectrum is Hydrélio, a floating solar system that can be deployed to quarry lakes, dams, irrigation reservoirs and so on. It was launched to international markets last week and Ciel et Terre says interest so far has been positive. It’s made of HDPE plastic and has been vigorously tested for durability and is expected to have a lifespan of up to 20 years. 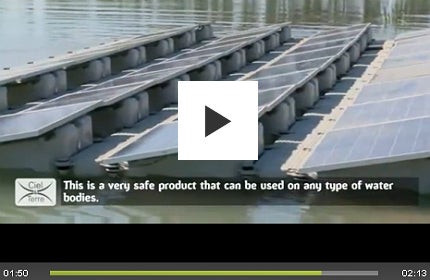 Hydrélio and SUNDy are just two examples of how the solar energy industry is innovating in order to prove its versatility and durability for the future.

As more cities and regions commit to becoming partly solar-powered (California is aiming for 33% by 2020), 2013 really could be the year solar power achieves full throttle.