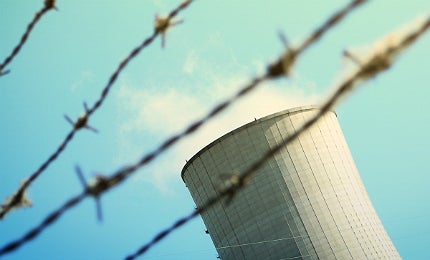 The aftermath of the meltdowns at the Fukushima Daiichi nuclear power plant in March 2011 is still evident throughout the industry. The debate surrounding the safety of uranium-fuelled energy production is on a new high, Europe is conducting nuclear stress tests and Japan’s atomic facilities remain shut. What seems to be a new low for conventional uranium-fuelled power generation could however turn into a moment of glory for thorium.

More abundantly available than uranium, thorium is said to be both safer and greener. Those in support say that thorium’s waste is ‘cleaner’ and lasts for only a few hundred years, not the tens of thousands associated with uranium. Also, while it can work in conventional, water-cooled reactors, it can also be combined with molten salt or liquid fluoride reactors, offering even greater efficiency.

Despite the fact that thorium could solve some of nuclear’s current problems, it is certainly no cure-all. More research will have to go into improving reactor technology and the fuel cycle to harvest the real benefits of thorium. The idea of thorium-fuelled reactors was dropped by US scientists in the 1960s and uranium became the favoured nuclear fuel instead, partly because it could be refined to make weapons.

No noteworthy technology breakthroughs have been made since then, but India, which has not stopped researching, will soon construct its first prototype plant and possibly herald a new era of nuclear power generation. Following Fukushima, several countries such as China, Japan, the UK and the US have followed suit and are showing renewed interest in thorium-fuelled nuclear power generation, boosting a nuclear technology which has not yet become of age.

“Producing a workable thorium reactor would be a huge step forward in energy generation and it seems India beats the pants off any other nation.”

Speaking at the Thorium Energy Alliance Conference in Chicago on 31 May 2012, thorium advocates made it clear that the meltdowns at Fukushima’s nuclear power stations have underlined the need to move away from conventional designs to other nuclear technologies. Japan, unsurprisingly, has taken the lead after energy provider Chubu Electric Power recently launched a $1.2bn research programme that aims to strengthen the safety of nuclear plants – also through the use of thorium.

International Institute for Advanced Studies (IIAS) researcher Takashi Kamei told attendees at the Chicago conference that the utility, which serves about 16 million people in central Japan, is specifically looking into an alternative reactor design which would use liquid thorium as fuel in a molten salt reactor – a U-turn from the solid uranium, water-cooled reactors such as the ones used at the Fukushima plant.

Chubu is certainly not alone with this new approach. In the US, energy company Flibe Energy is developing a similar thorium-based molten salt reactor with the aim to have it up and running within five to eight years.

Kirk Sorensen, Flibe Energy co-founder and president, is convinced that the industry will have to shift from its conventional reactor designs and uranium 235 fuel processes to a liquid thorium technology, similar to what nuclear developers built in the 1960s when they created the first thorium-fuelled reactor at the Oak Ridge National Laboratory in Tennessee, US.

“In the 40s and 50s they had an expansive definition of what nuclear power was – it wasn’t just solid fuel uranium reactors,” Sorensen told SmartPlanet in 2011. “But that’s what it has come to mean now.”

He believes that thorium should be the pillar of the US nuclear future because it “is so fundamentally different than every other nuclear story out there right now.”

For Flibe, the key to this vision are liquid fluoride thorium reactors (LFTR), a type of molten salt reactor that uses liquid salt rather than water as its coolant. To move on from the design of the early 60s, Flibe’s LFTR uses a liquid fluoride salt that serves both as fuel carrier and coolant. The fuel, which is made from thorium and uranium 233, fissions in the liquid, heats up and goes through a heat exchanger, which transmits the heat to fuel-free liquid fluoride salt which eventually drives the gas turbine.

Flibe claims that in the event of a total power loss, the fuel will flow into a passively cooled tank where fission stops when a frozen plug, which is normally kept ice cold by an external cooling fan, starts melting. In addition, the reactor will produce no plutonium and therefore mitigate the possibility of nuclear weapons proliferation, as well as eliminate the need to bury plutonium waste. 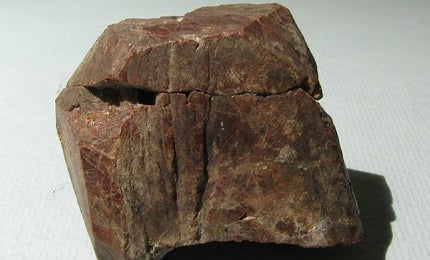 According to the World Nuclear Association, India has thorium resources of 319,000t. Image courtesy of Aangelo.

Kirk Sorensen’s vision of a thorium-powered America certainly received a boost when US President Barack Obama’s Blue Ribbon Commission on America’s Nuclear Future’s Reactor and Fuel Cycle Technology Subcommittee proposed changing nuclear regulations to facilitate the development of alternative nuclear technologies in a final report in January 2012. A definite decision on how the policy might be changed is, however, still due.

“Chubu is specifically looking into an alternative reactor design that would use liquid thorium as fuel in a molten salt reactor.”

In Europe on the other hand, research into thorium-fuelled molten salt reactors is still rather sluggish. According to Centre for European Reform senior fellow Stephen Tindale, policymakers still need to realise the benefits of thorium, which is Europe’s best bet to overcome public opposition to nuclear, which has manifested itself following March 2011.

“Fukushima could not have happened with thorium and neither could Chernobyl or Three Mile Island. The big nuclear incidents that have turned people against nuclear would not be possible in a thorium molten salt reactor,” he explains.

According to recent media reports this might change at last. In the UK, thorium is said to have been mentioned in discussions at the Department of Energy and Climate Change (DECC), as a result of Britain’s declining public and political support for nuclear power generation in the months after Fukushima.

According to SmartPlanet, he further said that even though any commercial deployment is still far off and no official announcement has been made, thorium is part of a “keep your options open” approach.

Earlier in February 2011, however, a Department of Energy spokesman said that an assessment by the UK Government’s chief scientific adviser Sir John Beddington, with input from the shadow Nuclear Centre of Excellence and others, proved that investing in thorium would be unrealistic, at least during the current economic times.

“The government’s chief scientific adviser, Sir John Beddington, recently coordinated an assessment of the prospects for research into advanced thorium reactors, with input from a number of sources. One conclusion was that, whilst the science is reasonably sound, the thorium fuel cycle would carry major technology and commercial risks.”

“The assessment further concluded that, for the UK, a watching brief on thorium technologies would be appropriate, but that it should not be a priority area for research, in the context of constrained budgets,” the source adds.

Another big investor in thorium technologies is China. Even though it has an extensive nuclear programme with mostly conventional uranium-fuelled reactors and a focus on the development of fast neutron reactors, the Chinese Academy of Sciences (CAS) launched a project to develop a thorium-based molten salt reactor system around the time of the calamitous events in Japan. Its ultimate target is to develop a pilot-scale thorium-based molten salt reactor within 20 years. 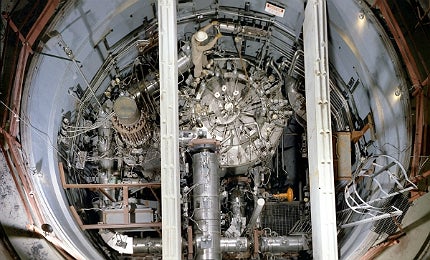 The clear industry leader in terms of thorium is undoubtedly India, attributable to its abundant thorium resources of 319,000t – about 13% of the world total, according to the World Nuclear Association. Research into thorium had been happening in India as early as 1955 and is finally reaching its peak.

“The big nuclear incidents that have turned people against nuclear would not be possible in a thorium molten salt reactor.”

India’s nuclear three-stage programme sees an advanced self-sustaining series of thorium-232-uranium-233 fuelled reactors at its third stage. To reach this ambitious goal, the Indian Government announced plans in November 2011 to construct a thorium-fuelled prototype plant. At the beginning of May 2012, India’s minister of state in the Prime Minister’s Office V Narayanasamy confirmed the proposal, saying that the country will start construction of a water-cooled, thorium-fuelled reactor that deploys heavy water as its coolant in 2016-2017.

According to Indian media reports, a design of an advanced heavy water reactor (AWHR) which incorporates several elements of indigenous pressurised heavy water reactors has already been readied by a team at the Bhabha Atomic Research Centre in Mumbai, led by Atomic Energy Commission (AEC) chairman Ratan Kumar Sinha.

The 300MW thorium reactor could be located in the states of Maharashtra or Tamil Nadu, and will require 52t of fuel in its core initially. The subsequent annual fuel requirement is brought down to 4.7t.

After deciding where the reactor is going to be built, it will take another 18 months to obtain regulatory and environmental impact clearances before the work on the site can begin.

In an interview with the Guardian in November 2011, Ratan Kumar Sinha said the reactor could be operational by the end of the decade. “The basic physics and engineering of the thorium-fuelled AHWR are in place, and the design is ready,” he said.

Producing a workable thorium reactor would be a huge step forward in energy generation and it seems India beats the pants off any other nation. It has the worldwide largest thorium deposits, and with the global industry hungry for an alternative to fossil fuels such as oil, gas and coal, it has its eyes on a potentially very profitable export market for its thorium-technology.

For the nuclear sector itself it could be the opportunity to go back to its roots of being an environmentally-friendly, low-carbon and safe source of energy, with the outlook to power the world in the decades to come.