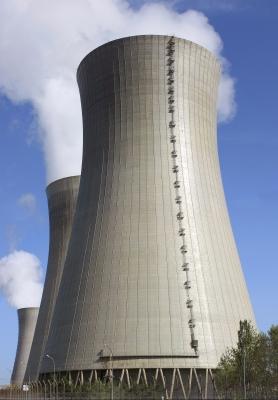 In the weeks and months after the calamitous events at the Japanese Fukushima Daiichi nuclear plant in March 2011, concerns about the general safety of nuclear power generation dictated global media coverage and political debate. In Europe, a number of countries such as Germany, Switzerland and Italy reassessed or dropped their nuclear programmes. The European Commission, on the other hand, decided to assess the safety of the Union’s nuclear power plants to find out how prepared they are against natural disasters, terrorism, cyber threats and human error.

“Stress tests in Europe are somewhat similar to the virtual stress tests for European banks that were implemented after the euro crisis.”

In May 2011, the European nuclear watchdogs agreed on the details of the voluntary inspections, conducted by national regulators and overseen by the European Commission and European Nuclear Safety Regulator Group (ENSREG) conducted at 146 plants in 15 member states, as well as non-EU countries Switzerland and the Ukraine. First reports, published in November 2011 and April 2012, suggest that all nuclear power plants are safe and that only minor improvements are needed.

However, while operators and regulators believe in the efficiency of the tests, their approach has found many opponents, who soon dubbed the inspections as ‘stress tests lite’.

Green anti-nuclear groups and some politicians suggest the tests were watered down, conducted too quickly and will lead to no safety improvements at Europe’s nuclear power stations. Others call it a political charade put on to reassure the public that nuclear plants in Europe are safe, raising the important question of how efficient the multinational stress tests really are.

The post-Fukushima stress test process in Europe was one of the most intense and extensive multinational nuclear safety reviews in the history of nuclear power production. Seventeen countries took place in the voluntary inspections of their nuclear power plants, testing them against dangers of natural disasters, human failure, terrorism, plane crashes and cyber threats. In the first step, national regulators analysed their own nuclear power stations; their reports were then peer reviewed by 70 experts from the ENSREG.

Fairly unscathed by the disaster in Fukushima, China still has the world’s most hard-line nuclear programme. Aiming to have more than 100 reactors in operation by 2020, the country is on its way of becoming a self-sufficient and sustainable nuclear player.

On 25 April 2012, ENSREG delivered its latest report to the European Commission, after a first draft was published in November 2011. The report suggested that all participating countries had taken “significant steps” to improve the safety of their plants, but named four main areas of safety improvements that should be considered by European regulators.

The first proposal made was that the introduction of a standardisation of an extension of safety margins beyond the design basis should be introduced. ENSREG also suggested carrying out another periodic safety review in 2021, in particular for natural hazards, which should be repeated every decade. It further recommended the start of containment integrity protections now and proposed that defences against natural hazards should be improved to be able to withstand earthquakes and tsunamis.

The European Commission (EC) welcomed the report but deemed the study was short on detail and numbers. EU Energy Commissioner Günther Oettinger said that it failed to provide a complete picture and demanded further work before publishing the critical report. “Going deep is more important than being fast,” said Oettinger in April 2012, adding that a final report would be available to the public in autumn rather than in the summer, as previously scheduled.

Nevertheless, ENSREG was ready to publish its final report in June, even though only 38 nuclear reactors have been visited by EU officials so far – a point highly criticised by environmental anti-nuclear groups and some politicians. Oettinger did not specify how many more needed to be inspected, but said it was important to have “a complete overview”, taking into account all types of reactor.

“We will do additional visits of power plants and analyse some safety aspects in more detail. EU citizens have the right to know and understand how safe the nuclear power plants they live close to are. Soundness is more important than timing,” he said.

Multinational nuclear stress tests: how efficient are they really?

The UK Office for Nuclear Regulation (ONR) was one of the first national regulators to submit its report to the EC in December 2011, concluding that UK nuclear power does not indicate “any fundamental weaknesses in design and resilience,” as an ONR spokesperson explains. “The ‘stress test’ work so far has revealed no fundamental weaknesses in the design against and ability to resist earthquakes or tsunami of a magnitude that can be foreseen for the UK.”

“It would be complacent to say we had nothing to learn from Fukushima or that safety in any walk of life could not be improved.”

“That said, the UK’s regulatory philosophy is one of continuous improvement. It would be complacent to suggest we had nothing to learn from Fukushima or that safety in any walk of life could not be improved. No matter how high our standards of safety, the quest for improvement must never stop,” the ONR representative suggests.

Yet, the question of what exactly the improvement works will entail remains unanswered. “ONR is requiring licensees to consider enhancements to resilience against events which are, as yet, unforeseen,” says the ONR. “We expect licensees to provide a plan and programme to develop and apply ‘beyond design basis’ methodologies in a structured and systematic basis, and to then act on any identified improvements.”

ENSREG admitted that there had been a lot of variation between each country’s approach and the degree of action taken so far. Also environmental group Greenpeace found out that some of the countries have failed to publish substantial information, including the Czech Republic, Sweden and the UK. The Czech Republic, for instance, submitted a seven-page report on its six reactors, compared to Slovenia’s 177 page report on one single reactor, the group said.

In a report published in October 2011, just before the publication of the first ENSREG report, it suggested that this had to do with the relationship between operators and regulators: where regulatory bodies are more independent from operators, the tests were conducted more rigorously and results were more thorough.

Greenpeace also heavily criticised ENSREG’s role in conducting the stress tests, saying some vital information was missing from the reports. It said that the multiple-reactor failure that struck at Fukushima was absent from the test results. Also, the threat of a plane crash was largely ignored.

Jan Haverkamp, Greenpeace’s EU nuclear policy adviser, commented in October 2011: “Fukushima taught us to think the unthinkable and these tests have forced plant managers to do a little of that. But there are major blind spots – why are evacuation plans for towns and cities ignored, why is reactor age not properly considered, why did the authorities promise, but fail to look at the danger of multiple-reactor failure and large airplane crashes?”

“EU citizens have the right to know and understand how safe the nuclear power plants they live close to are.”

Hardly ever has a power generation-related subject evoked so many differentiating opinions in Europe. Others drive Greenpeace’s criticism tests even further and talk about a political farce and probe the usefulness of the tests. Gueorgui Kastchiev, a prominent Bulgarian atomic expert and University of Natural Resources senior nuclear physicist, talked about a “political charade” at a nuclear seminar in January 2012 in Osaka, Japan. He said that they are simply designed to reassure the public that nuclear reactors in Europe are fundamentally safe.

European Parliament president of the Green Group, German MEP Rebecca Harms spoke with Kastchiev at the seminar and agreed on the futility of the inspections. At a press conference in the European Parliament in March 2012, she added that the European tests would also be a “seal of approval” to restart power stations in Japan, without meeting proper safety requirements.

She said that the International Atomic Energy Agency (IAEA) is “denying there is a problem” and accused the Japanese Government of “failing to protect its population,” which is largely (70%) opposed to the re-commissioning of reactors. “The decision whether to continue Japanese nuclear power will be based on EU stress tests,” she said.

Austria, a vocal opponent of nuclear power since it banned atomic plants in 1974, is in particular questioning the stress tests and demands that unsafe plants have to be either retrofit or shut down. This was one of the main points when the Commission decided on the tests in May 2011. Even though the stress tests have no legal teeth, they will be reviewed by other national regulators and any failure will come under unprecedented pressure from the anti-nuclear lobby.

The November and January reports have however made no reference to the possible shutdown of reactors which fail stress tests. They also do not answer any of the objections raised by Greenpeace or any other anti-nuclear group. However, what becomes clear is that tighter nuclear safety rules are needed. Even though regulations have already been in force before Fukushima, they are still not being applied throughout the EU. Twelve Member States, including the UK, Poland, Slovakia and Belgium, have not yet updated national regulation with a 2009 directive on nuclear safety.

With the missing structure and the partly very poor outcome of the tests, one cannot help but wonder if it is indeed a political charade Europe is playing. In the end, improving safety at Europe’s nuclear plants does not only benefit the public, but also operators and regulators. However, no one seems to expect to get real answers on the status of the safety of Europe’s nuclear power plants from these current efforts.

The UK Eyes Nuclear to Address its Energy Concerns