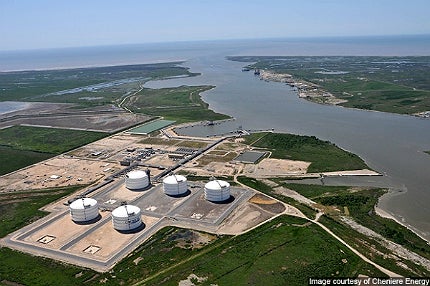 With a flood of competitive LNG from the US anticipated by the end of the decade, the UK wants a slice of the action and has already locked down future supplies in a bid to ensure its long-term energy security.

The fall in indigenous production in the North Sea during the last few years and growing uncertainties about shale gas fracking onshore has led to an increasing supply-demand gap, and even with the promise of natural gas supplies through the West of Shetland Pipeline by 2014, analysts predict the UK will require a portfolio of imports going forward.

A decision by the UK’s biggest energy provider Centrica to purchase 1.75 million metric tonnes of LNG per annum from US-based Cheniere Energy is a positive move, ensuring the generation of electricity for 1.8 million UK homes over a period of 20 years.

In the short-term, today’s market represents a marked low point in gas’s contribution to UK power – European gas prices are high and gas-fired generation as a result is hugely out-competed by coal.

But as old coal-fired plants close and emission legislations come into place, natural gas is set to re-emerge as an important fuel source for power supply.

“Natural gas is set to re-emerge as an important fuel source for power supply.”

Wood Mackenzie senior power analyst Peter Osbaldstone explains: “Coal in the short- to mid-term is less capable of supplying the levels of power we saw last year and one of the main drivers of that is European emissions legislation in the form of the Large Combustion Plants Directive (LCPD).”

The LCPD obligates coal-fired generators with insufficient NOx and SOx abatement measures in place to permanently withdraw their plants from the market no later than the end of 2015.

“The operation of plants in that situation is also limited to 20,000 hours between 2008 and 2015 – with coal being so competitive, a lot of UK plants have burnt through those hours quite quickly,” adds Osbaldstone.

The trend in domestic gas production is one of decline – North Sea supplies fell by 14% between 2011 and 2012 – so the UK is working to expand its range of imports to meet future demand.

Cheniere’s agreement with Centrica to export LNG to the UK from its Sabine Pass facility in Louisiana from 2018 was part of this process, and Peter Kiernan, lead analyst at the Economic Intelligence Unit, believes similar deals could follow.

“I guess Centrica is locking in supplies for a future date and that might very well start other companies to do the same thing. The current production picture in the UK is not great and if there is going to be a shift towards gas-fired power then it has to come from somewhere,” says Kiernan.

Wood Mackenzie senior gas supply analyst Stephen O’Rourke agrees: “There are different import options and Centrica, as a major utility within the UK, is looking at what its best options are. This is just part of its portfolio approach and obviously with the anticipation of growth of competitive LNG from the US, that’s an area where not just Centrica but other buyers may start to focus.”

US LNG: an attractive source of energy

A crash in US gas prices brought on by the North American shale revolution during the last decade has made the country’s natural gas supplies extremely attractive to buyers.

In Europe and Asia, where natural gas sells for $10 and $16 per million British thermal units respectively – three to four times the US price – demand is high.

As yet, there have been no LNG exports out of the US, but by 2016 Cheniere’s Sabine Pass processing facility will be ready to ship out 500 million cubic feet of gas a day, and a second plant – the Freeport LNG development in Texas – is expected to receive government approval to liquefy gas for exports in the next few months.

It may be a long-term bet that the US will monopolise the LNG market, as the prospect of natural gas exports from the country is already starting to scare off competition elsewhere.

Just this month, it was reported that export projects in North America and Africa influenced Woodside Petroleum’s decision to cancel its $45bn Browse LNG export facility in Australia. Even Qatar Petroleum – the world’s top LNG exporter – has earmarked North America as a key market to sell its natural gas in, by acquiring assets in the Western Canadian Sedimentary Basin.

Centrica has done well to secure future US LNG supplies, but with so much interest in these exports, other UK companies may have a tough time competing with buyers in Asia for additional national gas imports.

Kiernan says: “I think you’ll find that most US LNG exports will be looking to Asia first because the price is higher,” but assures, “even if most LNG goes to Asia, there will be indirect benefit to the UK because there will be a supply for sale elsewhere.”

Indeed, supplies of LNG from Africa and the Gulf, which might have gone to the US, may now be redirected to Europe. Imports from the US could also give the UK greater power to negotiate prices with Russia, a dominant supplier of natural gas, which is currently in talks to increase its supply volumes to the UK, via expansions through its Nord Stream Pipeline.

Earlier this month President Barack Obama suggested that he would back greater US exports of LNG, a sign to the industry that processing facilities, such as Cove Point in Maryland and Cameron terminal in Louisiana, may begin to ship supplies overseas in the coming years.

More exports are expected to spur even more domestic production, counter an increase in coal exports to Europe, which have marred the US’s plans to lower its greenhouse gas emissions, and lower the trade deficit.

“Indeed, supplies of LNG from Africa and the Gulf, which might have gone to the US, may now be redirected to Europe.”

But any enthusiasm for LNG transports overseas is being curbed by politicians and billion dollar companies. Dow Chemical, the largest US chemical maker, said it wants to limit the amount of gas that leaves the country to keep prices low.

Meanwhile, Senator Ron Wyden, the new chairman of the Senate Energy and Natural Resources Committee, is planning to put forward an energy bill that could impose restrictions on natural gas exports. Like Dow, Wyden’s concerned that too many exports will lead to high prices at home.

Former Senator Byron Dorgan, on the other hand, believes it should be up to the private sector – not the government – to make the decision about the exports of natural gas, he told lawmakers on a House Energy and Commerce Committee subpanel earlier this month.

If greater LNG exports are encouraged, the UK stands to benefit in a big way, as gas-fired power capacity in the island nation is becoming increasingly important, says Osbaldstone.

“Gas-fired power is one of the few technologies that can be delivered relatively quickly and at relatively low costs in comparison to other technologies, and provides flexible power supply,” he adds.

“As older coal plants are retired, new coal plants can’t be built without CCS and that is just not an option in the short to mid-term. So gas is the only deliverable, flexible supply that we would expect in the mid-term, prior to the new nuclear supply arriving in the early 2020s.”

The UK is certainly ready for a new source of gas supplies, says O’Rourke: “The UK has the infrastructure to take additional imports,” but warns, “it will need a mixture of quite a few different sources as UK gas production enters terminal decline over the next ten years.”

US shale gas: game changer, or game over?

Shale gas is on the rise in the US, projected to account for 46% of the country’s gas output by 2035.

Forecast spending for 2012 has been lowered as government officials confirm the UK will pull out of Afghanistan by 2014.Google’s $200m equity stake in the Spinning Spur Wind Project in Texas, US, brings the company’s total committed investment in renewable energy to more than $1bn.