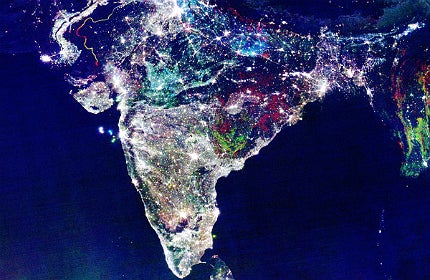 In January 2012, the development of a $4.6bn coal-fired power station planned for North Ayrshire, Scotland, faced a setback after EDF Energy made a formal complaint about the project.

EDF, which runs the nuclear reactors in the same area, said that the development could block evacuation routes of staff and deprive its nuclear site of electricity and vital cooling water in an emergency.

Also this month, Suzlon Energy signed a memorandum of understanding with the state of Andhra Pradesh to develop wind power capacity, totalling 3,000MW, in the state.

Magnox-owned Oldbury nuclear station in the UK shutdown on 29 February after 45 years of service.

The Nuclear Decommissioning Authority and Magnox agreed that continuing operations on the site would no longer be economically viable.

In other news, analysts warned that the price negotiating power of coal-hungry utilities is likely to weaken if a merger between commodities giant Glencore International and global mining company Xstrata goes ahead.

In an action letter, the agency said that SCE officials have agreed to determine the cause of unusual wear that has been found on steam generator tubes following the plant’s closure in January.

Meanwhile in the UK, the Supreme Court rejected the government’s appeal to cut subsidies for solar panels on homes.

The Department of Energy and Climate Change, which claims subsidies cost too much, lost its third appeal on 30 March after the court ruled that plans to halve solar payments were “legally flawed”.

In April, Larsen & Toubro (L&T) construction announced that it had commissioned the largest solar photo voltaic-based power plant in India.

The solar PV power plant, which is comprised of more than 500,000 solar PV modules and thirteen 3.5 MVA power transformers to generate 40MWp, is spread across 350 acres.

May: Queen’s Speech 2012: industry response to the Energy Bill

The UK Government confirmed that it will overhaul the electricity market, in a bid to facilitate large-scale investment in low-carbon generation, after a new Energy Bill was included in the Queen’s Speech.

The country is set to invest £110bn in revamping its electricity generation infrastructure as part of the proposed reforms.

In other news, Germany set a new world record in solar power generation between 26 and 27 May, when plants in the country produced 22gW of electricity each hour.

More than 150 indigenous tribes-people occupied one of the building sites for the $11.2bn Belo Monte Dam across the Xingu River in the Brazilian Amazon, delaying construction of the biggest hydroelectric power plant ever built.

Work on the plant began in March 2011, despite fierce protests from local people, including members of the Xicrin, Juruna, Aarara, Aawete, Assurini and Parakanawa tribes.

Also in June, more than 100 companies in the power industry demonstrated how the cost of offshore wind can be cut by over £50 per MWh by 2020, in a study published by the UK’s Crown Estate.

India was hit by a massive blackout after its northern and eastern grid networks collapsed.

It was one of the world’s most widespread power failures and one of the most severe in the country, affecting 600 million people in nine states.

In other news, Japan restarted the Kansai Electric Power Company-operated Ohi nuclear plant for the first time after it was shutdown for safety checks following the Fukushima disaster.

Meanwhile in the UK, a consortium led by Malaysian property and infrastructure company SP Setia acquired the Battersea power station in London for £400m ($623m).

In other news, a report by Irish stockbrokers Davy said Ireland needs a further €5bn of capital investment between now and 2020 to meet its renewable energy goals.

The construction of 3GW-3.5GW of onshore wind power is required by the country to meet its 2020 European Union (EU) climate change targets.

Australia’s plans to link its carbon pricing schemes with the European Union’s (EU) could save Australian companies $2.5bn over five years, according to a report published in September by carbon analytics firm RepuTex.

Power outages were reported in the Caribbean as Hurricane Sandy reached Cuba, after lashing Jamaica and Haiti on 24 October, leaving two people dead.

In the days that followed, more than seven million people were left without electricity as the storm tore through the Bahamas and 24 US states.

Electric utilities along the east coast, where states were most affected, brought in crews and equipment from other states such as New Mexico, Texas and Oklahoma, to assist with restoration efforts.

November: Denmark on course to reach its 2020 solar cell goal this year

Denmark said it is on track to reach its 200MW solar cell capacity goal eight years ahead of schedule.

Also this month, the UK Government published its long-awaited Energy Bill, which seeks to set out fresh proposals to slash demand for electricity in the country, has been formally published by the government.

In December, the US government initiated competitive lease sales for the development of renewable energy projects along the Atlantic Coast.

GE provided 240 wind turbines to the project including the 1,000th 2.5MW class machine installed by the company across the globe.