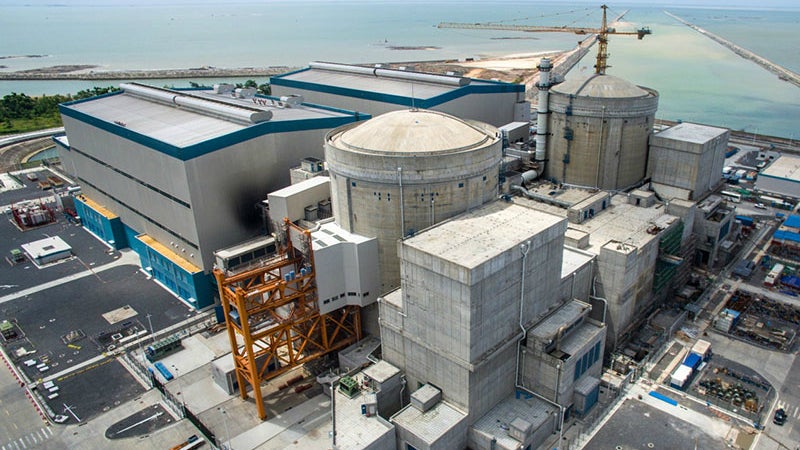 The Fangchenggang Nuclear Power Plant (NPP) is located in Fangchenggang, within the Guangxi Zhuang Autonomous Region, approximately 50km from the border of Vietnam. It is the first nuclear power project in western China.

Phase I of the project involves the construction of two units of 1.08GW each, based on Gen-II CPR-1000 pressurised water reactor (PWR) technology.

The fuel loading for Unit 1 was completed in September 2015, first criticality for the unit was achieved in October 2015 and grid connection was achieved later that month. The unit is scheduled to start commercial operations in 2016 following the application of related electric power business licenses and other documents.

The equipment installation works for Unit 2 are currently in progress. The two units are designed to operate for 40 years. Unit I has an output capacity of 24GWh a day, which is sufficient to serve a medium-sized city in China.

The two units under Phase 2 will have an installed capacity of 1.18GW each. They will each be installed with one HPR1000 (Hualong-1), Gen-III nuclear power reactor.

Phase II is being developed as a reference for the proposed Bradwell B nuclear project in the UK. CGN plans to develop the latter project in collaboration with EDF.

Contractors involved with Phase I of the NPP in Western China

"Phase II is being developed as a reference for the proposed Bradwell B nuclear project in the UK."

The pure austenitic stainless steel plates used in the reactor internal were supplied by Tata Iron and Steel Company (TISCO).

The low-voltage and medium-voltage switchgears for the units were supplied by ABB Xiamen Low Voltage Equipment Company and ABB Xiamen Switchgear Company respectively.

ALSTOM Grid can provide specialist technical services associated with the...

The BOA Group manufactures flexible mechanical elements including steel and...