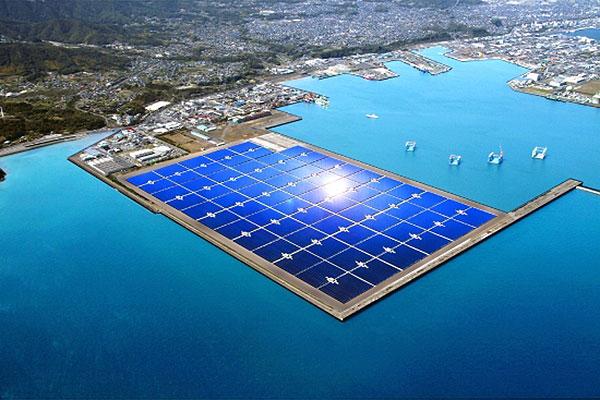 Construction of the mega solar plant began in September 2012 and inauguration was held in November 2013. The project has an annual power generation capacity of 78,800MWh and is expected to supply clean electricity to approximately 22,000 average households while also reducing 25,000t of CO2 per year.

The financing plan for the project was devised by Mizuho Corporate Bank. The project involved an investment of approximately JPY 27bn ($275.5m approximately).

The electricity generated by the plant will be sold to Kyushu Electric Power, a local utility company, for a period of 20 years. The sale will be done as per the guidelines of Japan’s Feed-in-Tariff programme (FIT programme).

Kagoshima Mega Solar Power Corporation, a special purpose company created by Kyocera and six other companies in July 2012, is the developer and operator of the solar power plant. The other six investors include KDDI Corporation, IHI Corporation, Kyudenko Corporation, Kagoshima Bank, Bank of Kyoto and Takenaka Corporation.

Kyocera, the main shareholder in the special purpose company, supplied the solar modules for the power plant and executed part of the construction works. The plant maintenance has been entrusted to Kyocera and Kyudenko Corporation.

The plant comprises 290,000 multi-crystalline silicon cell high-output modules manufactured by Kyocera and is equipped with 140 inverters incorporating Sunny Central 500CP-JP technology. The inverters have a net yielding capacity of more than 500kW and are ideal for outdoor locations. Integrated with Opticool cooling system, the inverters can supply power to the grid even at temperatures of up to 55°C.

Kagoshima Solar Power developed a public tour facility adjacent to the plant. The facility comprises an elevated circular viewing room for viewing the solar panels and the ocean bay with the Grand Sakurajima volcano in the background.

"The Great East Japan Earthquake in March 2011 resulted in a severe shortage of electricity supply in Japan."

The Great East Japan Earthquake in March 2011 resulted in a severe shortage of electricity supply in Japan. To overcome this shortage and to encourage the usage of renewable energy the Japanese Government commenced the FIT programme, under which local companies are required to purchase the renewable power generated at a price fixed by the government for a period of 20 years.

Some of the major solar projects under construction in Japan include Toshiba’s 100MW power plant in Minami Soma, Fukushima Prefecture, a 77MW photovoltaic power plant in Tahara City on the Atsumi Peninsula, which is expected to come online in 2014, and a 200MW solar plant at Tomakomai.