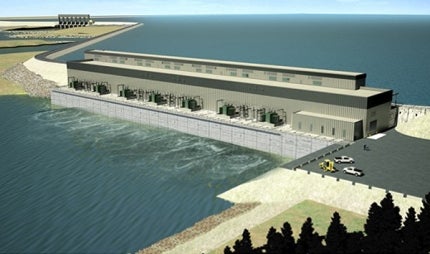 Construction of the Keeyask hydropower project is expected to commence in late 2014, following regulatory approvals, and will be completed by 2021.

The plant will have an average production capacity of 4,400GWh of electricity per year, and will serve approximately 400,000 homes. First production from the $6.5bn project is expected in 2019.

Construction of the Manitoban hydropower project

Other major project components include the powerhouse construction, concrete spillways, approximately 2.2km of earthen dam structures, 23km of earthen dike structures with a fill volume of 4.3 million square metres, borrow-material sources and boat docking and launching facilities. The project will require placement of 360,000m³ of concrete.

The scope of works under the GCC include rock excavation, pouring of concrete for the powerhouse and spillway, construction of the earthen structures, electrical and mechanical work, and the construction of temporary cofferdams to manage the river flow during construction followed by the removal of the cofferdams after completion.

Preliminary construction works for the project started in 2012 and are dubbed as Keeyask Infrastructure Project. The works involve the construction of access roads and a site camp for 2,000 people, being built on a 129ha site on the northern side of the river.

Details of the hydroelectric power plant

The hydroelectric power plant will feature seven Voith Hydro units with an operating head of 19m. The turbines will be of the fixed blade propeller type, with a rated capacity of 99MW per unit.

Darlington Nuclear Generating Station (DNGS) is located in Clarington, within the Regional Municipality of Durham, in the Province of Ontario.

Earth fill dams include the North Dam, the Central Dam and the South Dam, which will be founded on bed rock. The elevation of the dams’ crest will be approximately 162m, while the height of the dams will range from 19.5m and 28m.

Earth fill dikes include the North Dike and the South Dike, with crest elevations ranging from 161.8m to 163m, and heights of 20m and 30m respectively. A roadway will also be constructed on top of the dikes.

The project will create a reservoir area of 93km² by flooding a land area of approximately 45km².

The seven-bay spillway with motorised vertical lift gates will be designed to handle a probable maximum flood of 11,300m³/s. A permanent roadway bridge will be constructed on top of the spillway.

Transmission lines for the Manitoba project

Three transmission lines measuring approximately 35km will be laid within a single corridor to transfer the power generated from the new plant to the existing Radisson Converter Station near Gillam, from where it will be distributed for use in Manitoba and for sale to Wisconsin Public Service in the US.

Key players involved in the project

Britco has been awarded a $207m contract to build the site camp and is carrying out the works in two phases. The first phase, expected to be completed by June 2014, will provide accommodation for 500 people, while the second phase will involve the construction of the remaining rooms to accommodate 1,500 people.

Environmental and social impact assessment and remediation studies for the project were carried out by HTFC Planning & Design, while KGS Acres, a subsidiary of Hatch, has been chosen to carry out the planning studies and final designs for the project. Hobbs and Associates are serving as advisors to KHLP.