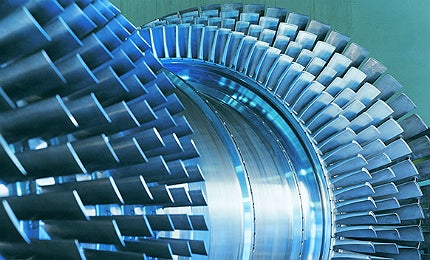 The 640MW Khormala Gas-Fired Power Plant, which is under construction, is located 25km south of Erbil, in the Kurdistan area of northern Iraq.

It is an open cycle power project being developed by the Iraqi integrated oil and gas company KAR Group. The plant will also be operated by the company. KAR Construction and Engineering, a subsidiary of KAR Group, is constructing the power plant.

The plant will use natural gas from the KAR-owned Khormala oil field and light fuel oil (LFO) as backup fuel.

Construction of the Khormala power project started in 2012. Commissioning is expected by the end of 2013.

The power project is expected to provide electricity to around four million people of Kurdistan, upon its completion. It is equivalent to one fourth of Kurdistan region’s power demand.

"It is an open cycle power project being developed by the Iraqi integrated oil and gas company KAR Group."

In June 2012, on active initiation of the Iraqi Government, several companies from the Czech Republic and Turkey were roped in along with the Kurdistan-based KAR Group through a tripartite energy agreement, to finance and build the power plant.

The Czech companies, including Czech Export Bank and PSG International, would provide around $500m for the project. Turkey’s Renaissance Construction is also involved in the project.

The total estimated project cost and details of its financing have not yet been disclosed by the developer.

"SGT5-2000E represents a reliable technology, with more than 300 units already in operation worldwide."

SGT5-2000E gas turbines can be fired with both low and high-calorific gas or liquid fuels. The NOx and CO2 emissions of the turbines are minimal.

SGT5-2000E represents a reliable technology, with more than 300 units already in operation worldwide, completing more than 6.4 million operating hours. Rapid start-up is one of the major features of this technology.

The Khormala plant turbines will generate electricity using natural gas from the nearby oil field as primary fuel.

The gas turbines will use off-board combustion chambers that avoid direct flame radiation on the turbine blades. The turbines will also be equipped with 16-stage axial-flow compressor, with variable-pitch inlet guide vanes.

Power generated from the plant will be transmitted through two new 400/132 kV substations. The power will be fed to the regional and national grid, through the new 400/132kV Erbil Center air-insulated switchgear (AIS) substation. The plant will also supply electricity to the Khormala oil field through another substation.

"The Khormala plant turbines will generate electricity using natural gas from the nearby oil field as primary fuel."

KAR Construction and Engineering awarded a €100m ($130m) contract to Siemens in September 2012 for supplying gas turbines, generators and ancillary systems for the Khormala power project.

In July 2012, Switzerland-based ABB was awarded a contract worth $120m to design, engineer and supply the electrical infrastructure for the plant on a turnkey basis. The contract involves the construction of two new substations and the supply of electrical balance of plant (EBoP), including the connection between the generators and the substations.

Bushehr I and II Nuclear, Iran