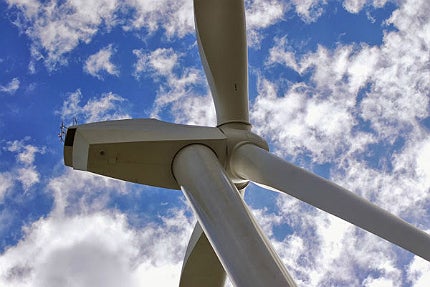 The wind farm will produce energy required for up to 74,000 homes, reducing 400,000t of greenhouse gas emissions.

West Wind Energy was the original designer and developer of the facility. Meridian Energy Australia, a subsidiary of Meridian Energy, purchased the wind farm in 2009. It is Meridian’s third wind farm in Australia. The total investment on the project reached approximately $245m.

"The wind farm will produce energy required for up to 74,000 homes, reducing 400,000t of greenhouse gas emissions."

The Mt Mercer wind project is developed on 2,600ha of land in the Golden Plains Shire, approximately 30km south of Ballarat. The project comprises of 64 REpower MM92 turbines with a generation capacity of 2.05MW each.

The MM92 turbine is 80m high and has a hub height of 80m. It is attached with three 45.2m long blades with a swept area of 6,720m². The nacelle is attached to the tower top and comprises of all the electrical components, such as the gear box, generator, rotor shaft and braking system.

The turbine components are shipped through the Port of Geelong and transported to the farm site by road. Local farmers are paid $7,000 per turbine per year for placing the turbines on their farm lands.

Details of the Mt Mercer substation

The substation includes two transformers and a Switchyard Facility installed with control and metering equipment. The transformers were manufactured in Thailand and shipped to Geelong port.

"The total investment on the project is expected to reach $245m."

The construction works also included that of the 132kV overhead power line connecting the substation to the Elaine Terminal Station.

Wind turbines generally generate power at 690V. The voltage is increased to 33kV at the turbine base and the high-voltage power transmitted to the wind farm’s substation. The main transformers at the substation further increase the voltage to 132kV.

The 132kV power from the substation is transmitted to the Elaine Terminal Station located north of the Elaine town through a 22km overhead power line. The voltage is further stepped up to 220kV before connecting to the national grid.

The civil and electrical works contract was awarded to Downer EDI. The contractual works included provision of access roads, turbine foundations and electrical cables and connectivity.

Transmission Operations was awarded the contract for the construction and operation of a new power line and the Elaine Terminal Station. The design, construction and grid maintenance works were sub-contracted to Powercor Network Services.

TOLL Holdings was awarded the contract to transport the turbine components from the shipyard to the farm site.

Mammoet Wind was subcontracted to install and connect the wind turbines and towers.

Thornton Bank, Belgium’s first offshore wind farm, is located in the North Sea, about 30km off of the Belgian coast.

BARD Offshore I is a 400MW offshore wind farm, its construction began in March 2010.