Expand
The Nacogdoches plant sources wood from the surrounding forest, which is chipped to be processed in the wood-handling feed system.
The steam turbine generator is a BFB boiler, equipped with particulate emissions abatement.
The plant deploys a selective non-catalytic reduction (SNCR) system to control NOx. 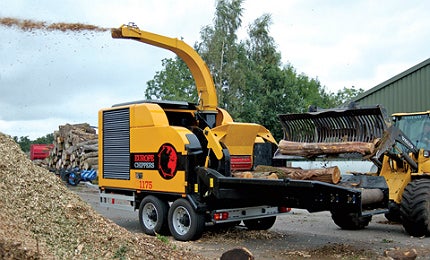 The Nacogdoches power plant is a wood-fired power-generation facility located in Sacul, Texas, about 230 miles from Austin. Southern Power, a subsidiary of Southern Company, bought it from American Renewables on 9 October 2009.

The plant has an installed capacity of 100MW, sufficient to power 70,000 homes, and can offset up to 300,000t of carbon each year. The project’s ground-breaking ceremony took place in November 2009. The commercial operations of the biomass plant began in June 2012. It is the largest biomass-fuelled electricity-generating facility in the US and won the Best Bioenergy Project title for 2012, at the Power-Gen international conference.

The project is a part of Texas’s goal to generate 30% of Austin’s electricity through renewable sources by 2020. To achieve its objective, state-owned Austin Energy had signed a 20-year power purchase agreement with Nacogdoches Power, a joint venture of American Renewables, for $2.3m on 29 August 2009.

The plant cost approximately $475m to $500m. The project will earn renewable energy credits under Texas laws and public utility commission rules, and help meet 5,880MW of the renewable generation target by 2015, as outlined in the Texas Senate Bill 20 passed in July 2005.

The Nacogdoches power plant is built on a 165-acre site surrounded by forest and wood-processing facilities. Waste wood for the plant is procured from the surrounding area within a 75-mile radius.

The project was conceived by Energy Management Inc. and Bay Corp. Holdings when the companies jointly purchased an obsolete gas-fired plant. The joint venture was named Nacogdoches Power.

"The project is a part of Texas’s goal to generate 30% of Austin’s electricity through renewable sources by 2020."

Wolf Material Handling Systems was responsible for the design, engineering, supply and commissioning of the biomass fuel-handling system, which included receiving trucks loaded with waste wood, processing, storage, reclaiming and delivery of fuel to the boiler. Prime Acres is the first fuel load supplier of the plant.

Texas leads the nation in fossil fuel and crude oil reserves. It has a quarter and three tenths of the total oil and natural gas reserves, respectively, in the US. It also has the potential for renewable energy generation, with wind, solar and biomass resources.

Texas produces and consumes more electricity than any other state in the US. It has a high per capita residential use, due to the high demand for electric air-conditioning during summer months and electric heaters in the winter.

Despite large interstate electricity imports, Texas’s power grid is isolated from the integrated power systems catering for the eastern and western states, and, as a result, the state’s ability to import and export electricity is hampered.

To overcome the situation, Texas has adopted a law that requires, as of 2005, five percent of the state’s total demand (that is 5,880MW) to be generated from renewable sources by 2015. The new law also sets a target of 10,000MW of renewable generation by 2025, including 500MW from non-wind generation sources.